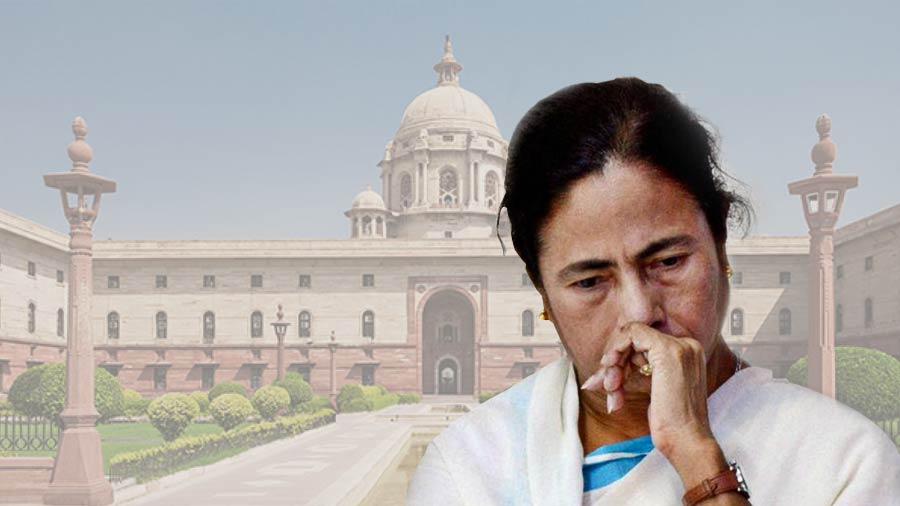 As the process to file nominations for the Presidential election began on Wednesday, five major Opposition parties are slated to be missing from the Mamata Banerjee-called meeting today, reports ndtv.com.

The Election Commission has issued a notification calling upon the electors to fill the vacancy,

There are reports that former West Bengal Governor Gopalkrishna Gandhi would be the unanimous Opposition nominee though there has been no clarification on it yet.

Mamata has invited 22 political parties to the meeting scheduled to be held at the Constitution Club to discuss a united fight against the BJP and its allies in the election for the new President of India.

AAP, dropping out of the meeting, said it will "consider the matter only after the Presidential candidate is declared".

TRS has already opted out of the meeting.

Odisha Chief Minister Naveen Patnaik's Biju Janata Dal (BJD) is also not expected to show up. The party had been invited in an attempt to bring it over to the opposition's corner.

AIMIM leader Asaduddin Owaisi said he was not invited. "We have not been invited and we would not have attended because Congress party has been invited," Mr Owaisi said.

Shriromani Akali Dal has also opted out of the meeting due to the presence of the Congress, a party leader said.

The YS Jagan Mohan Reddy-led YSRCP, which is in power in Andhra Pradesh, will also be absent at the meeting, it is learnt.

The election is scheduled to be held on July 18.

The nomination process began on a day when various opposition parties are meeting in Delhi to decide on a presidential candidate.

The nominations can be filed till June 29 and the scrutiny of the papers will take place on June 30. July 2 has been decided as the last date of withdrawing from the electoral battle.

The counting will be held here on July 21.

The nominated members of either Rajya Sabha and Lok Sabha or legislative assemblies of the states are not eligible to be included in the electoral college and, therefore, they are not entitled to participate in the election. Similarly, members of the legislative councils are also not electors for the presidential election.

While voting takes place in Parliament House and state legislative assemblies, the counting of votes is held in the national capital.