Advertisement
Home / India / Presidential poll: Counting on, Droupadi Murmu sure to clinch it

Presidential poll: Counting on, Droupadi Murmu sure to clinch it

Result is expected by 8 pm 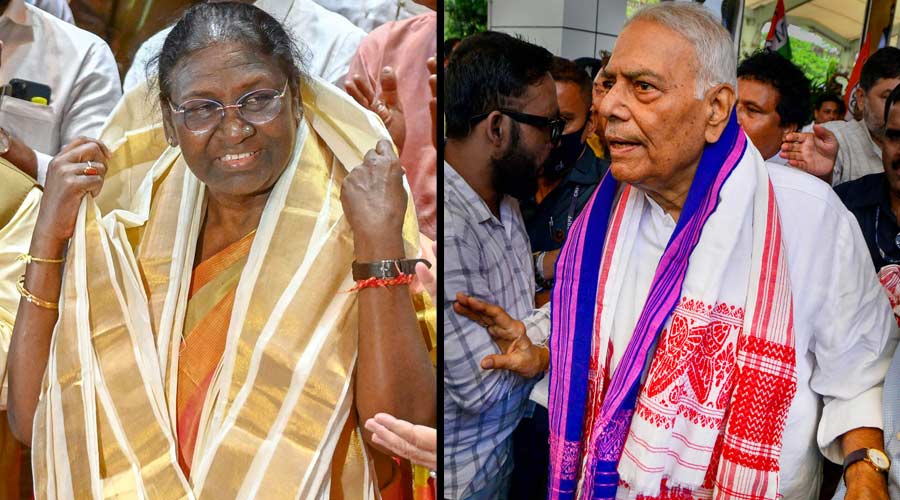 Counting of votes for the presidential election began at 1.00am on Thursday with the BJP having already planned elaborate celebrations for the victory of Droupadi Murmu as the 15th President of India.

Murmu, the NDA candidate _ a tribal woman from Odisha and a former Jharkhand Governor -- is sure to defeat Opposition candidate Yashwant Sinha, a former minister in the Atal Behari Vajpayee government.

As many as 44 parties declared support for Murmu, while Opposition candidate Sinha got the backing of 34 parties, reports ndtv.com.

Prime Minister Narendra Modi is expected to visit Ms Murmu at her temporary lodgings in Teen Murti Marg and congratulate her after the election results are declared, sources have told ndtv.com.

The Delhi BJP has planned a roadshow after Murmu's victory is announced from the party headquarters to Rajpath. Many senior leaders will be present on the occasion, sources said.

All state units of the BJP have also planned victory processions, which will be taken out after the announcement of results.

Residents in Odisha's Rairangpur, the hometown of Murmu, are also ready to celebrate with 20,000 sweets prepared. A tribal dance and victory procession have also been planned.