Prayers after a long pause

The Jamia Masjid is the unofficial seat of power of moderate Hurriyat chairman Mirwaiz Umar Farooq, who is under house detention 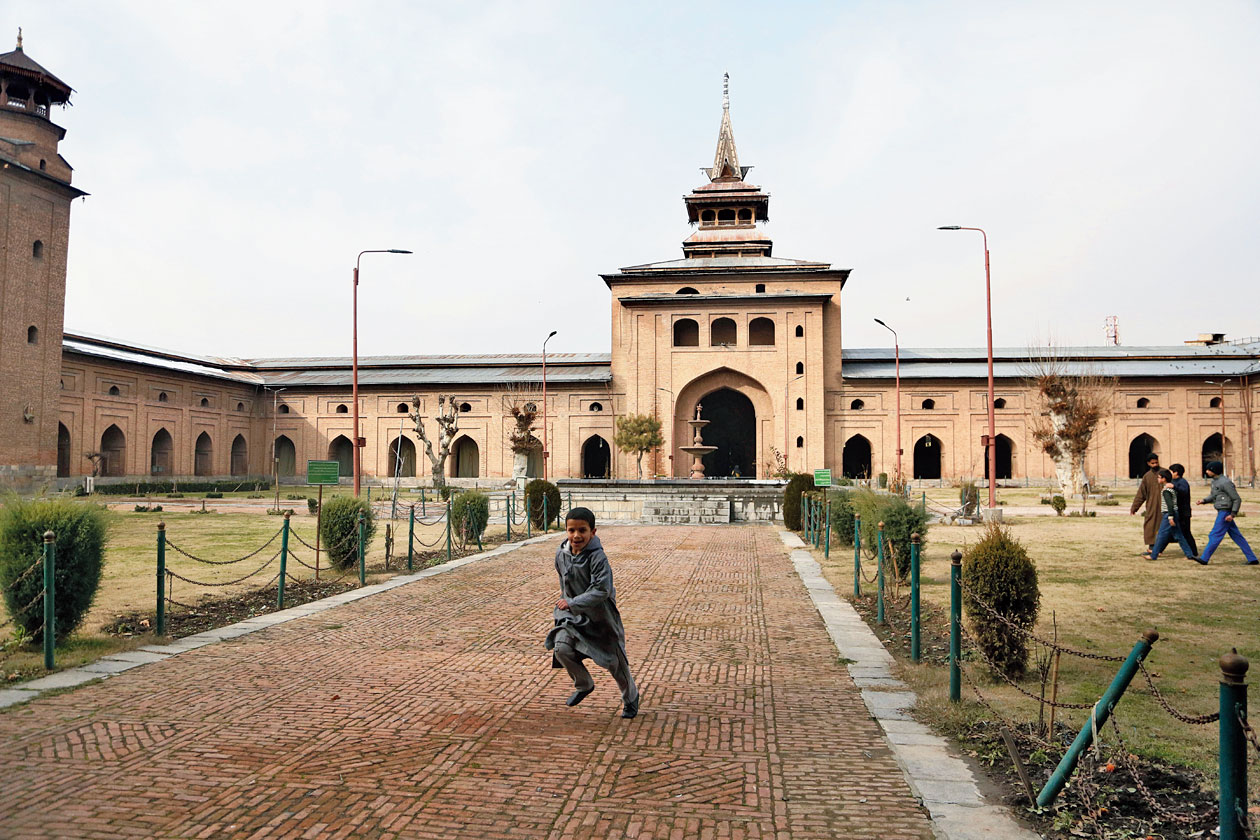 Prayers were held at the Valley’s biggest mosque, the Jamia Masjid, in old Srinagar on Wednesday for the first time in the four-and-a-half months since the clampdown following the revocation of Jammu and Kashmir’s special status kicked off.

People prayed at the mosque after finding that the security personnel around the place of worship who had been preventing them from entering it were no longer there.

The authorities had disallowed prayers at several shrines and mosques across the Valley following the August 5 scrapping of the erstwhile state’s special status to prevent protests.

The restrictions were gradually lifted but Jamia remained the only place where worship, including Friday prayers, could not be held for 135 days. Other important religious places where prayers were not allowed for days or weeks after the August 5 decisions included the famed Hazratbal shrine.

The Jamia Masjid is the unofficial seat of power of moderate Hurriyat chairman Mirwaiz Umar Farooq, who is under house detention. The Mirwaiz traditionally delivers the Friday sermons at the mosque.

The mosque has faced restrictions on many occasions in the past but this was the longest spell of prohibitive measures since militancy reared its head in 1989.

Sayeed-ur-Rahman Shams, the Mirwaiz’s secretary, said the Anjuman-e-Auqaf, the managing body of the mosque, decided to resume prayers this Tuesday after finding that the security deployment at its gates was no longer there.

“Our demand was to lift the deployment and once we realised yesterday that it had been met, we chose to resume prayers.”

It is not clear if the government will allow Friday prayers at the mosque, whose surroundings have witnessed numerous clashes between pro-azaadi protesters and security forces in the past, mostly after Friday prayers.

Some reports suggested that the Anjuman-e-Auqaf had, during purported negotiations with the government, set the release of the Mirwaiz as a condition for allowing prayers. Shams, however, said such claims were not true.

For several weeks, the government would deploy security forces in strength outside Jamia to prevent prayers but police last month reportedly conveyed to the mosque management that the restrictions had been lifted and people were free to pray there.

“The management and the people were still reluctant to offer prayers because of a lot of politics involved,” a source said.