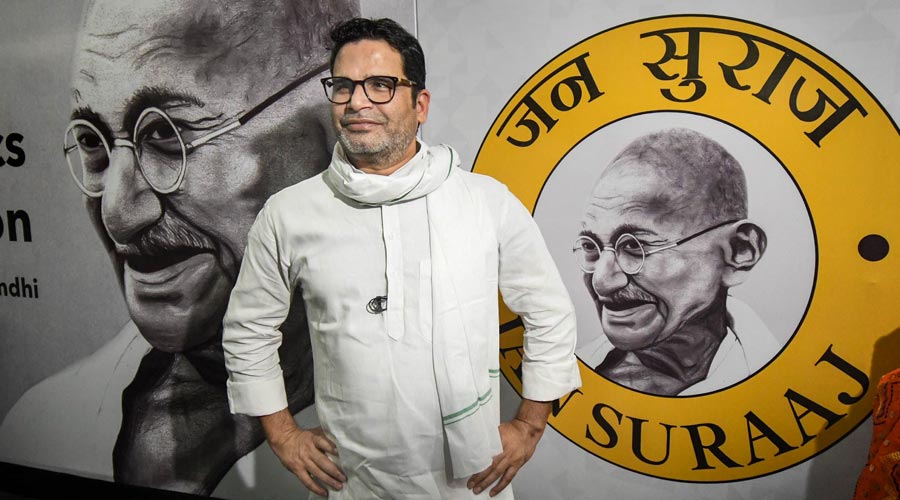 A state of "inertia" has scourged politics in Bihar, former election strategist Prashant Kishor has said, contending that positions of power have remained concentrated among just 1,200-1,300 families in the last three decades in his home state.

The celebrated data analyst made the claim at a press conference here, the headquarters of Vaishali district, where he embarked on a mass outreach programme as a spadework for his much talked-about 3500-km-long "padayatra" he proposes to launch on Gandhi Jayanti.

"Bihar was among the best governed states till the 1960s. Things took a nosedive in the late 1960s and by the 1990s we were at the bottom in terms of all development indices. One thing that characterised this period was political instability. In the 23 years' period (1967-1990), Bihar saw more than 20 governments," he remarked.

Kishor, who has worked in his professional capacity with Chief Minister Nitish Kumar as well as the RJD supremo Lalu Prasad, reiterated on Sunday that the condition of the state leaves much to be desired "even if we believe Nitish ji's claims of good governance and Lalu ji's claims of social justice as true".

He has also named his state-specific political initiative Jan Suraaj', dismissing suggestions that he was inspired by Arvind Kejriwal's Aam Aadmi Party, which beat entrenched parties like the Congress and the BJP, first in Delhi and more recently in Punjab.

"If at all I have drawn inspiration from anybody, it is from Gandhi and the Congress of his times, when the party was not controlled by a family or a coterie and anybody with fire in his belly was free to join and move up," he said.

"The reason why I have chosen Bihar is not just because it is my state... Firstly, here we see concentration of power on a scale that has few parallels. In the last 30 years, all MLAs, MPs and ministers have been from just 1,200-1,300 political families, irrespective of who has been in the CM's chair. Just imagine this in a state which has about three crore households, Kishor said.

He blamed the "inertia on the atmosphere that has prevailed "since the 1970s" with "no social or political movement to fire the imagination of the common people".

"Therefore, it is my priority to identify sahi log' (the right people). Once they are identified and given a platform, a party may come in place. Things like whether the party will be called 'Jan Suraaj' and whether Prashant Kishor will be an office-bearer therein may be decided at a later stage," he added.

Kishor, who is credited with the spectacular success of Narendra Modi's campaign in 2014, also rubbished suggestions that being an upper caste Brahmin put him at a disadvantage in Bihar where the politics has been dominated by OBCs, especially since the Mandal era.

"People of Bihar have been fed on myths. I have been privy to elections in so many states. Everywhere caste matters as much as it does here. But, society also has the capacity to rise above caste considerations," he said.