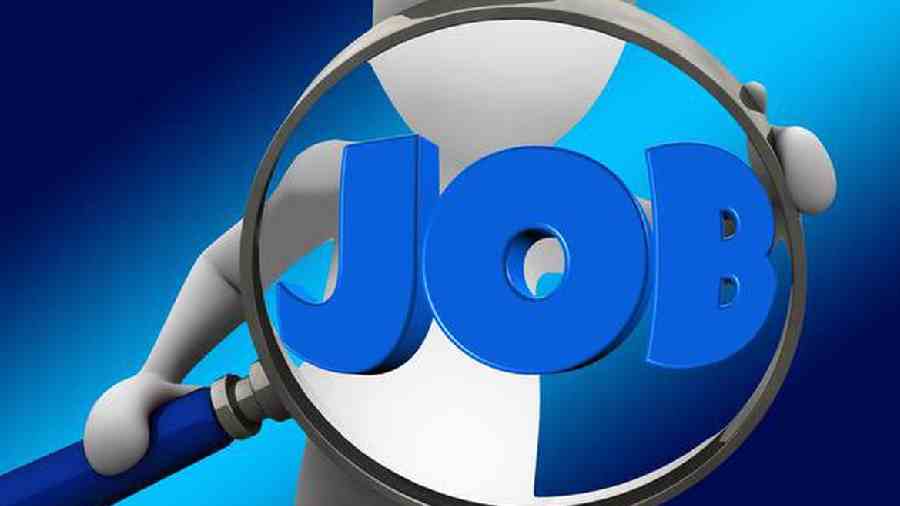 Many people in the twilight of their lives or recently retired are returning to the workforce — be it imparting tuitions, applying for office assistant posts or setting up hawkers’ carts — to tackle the economic crisis Covid has landed them in.

The reasons for seeking financial independence are varied, as are the income brackets. It could be somebody whose son lost his job, another whose savings dwindled in the long months of lockdown or an elderly person who may have seen an earning child die of Covid and is forced to again support the family.

“Many elderly people no longer have the concept of tomorrow and this is creating many uncertainties in the minds of people,” said Himanshu Rath, founder and chairperson of the Agewell Foundation.

The number of job applications received at the foundation’s employment exchange portal, which provides job opportunities to the elderly, has jumped since the pandemic.

“We would receive about 400 to 450 applications every month before the pandemic. In the last couple of months, the numbers have jumped to almost 550. The number of enquiries on phone either from new job seekers or those who have already applied has gone up from five to six a day to over 10 calls per day. So there is an increase of at least 30-35 per cent,” Rath said.

According to a recent Agewell Foundation survey based on interactions with 5,000 elderly persons, more than 61 per cent retired individuals (81.5 per cent in the 60-75 age group) are in search of gainful work.

Among those seeking employment is 79-year-old Gunn Shivdasani. It has been nearly 20 years since he retired from his job in the garment industry but the vicissitudes of the lockdown have left him with little option but to look for work.

“My son lost his job during the pandemic and now he is earning much less than before. I want to help him, so I am thinking of working again,” the Delhi-based Shivdasani said.

He has a son, a daughter, daughter-in law and four grandchildren. Shivdasani is willing to do anything but would prefer imparting tuitions. “My grasp on English is good and it can help students. Any amount of money would help,” he said.

At 62, Sattar Khan is in the same predicament. After his retirement as an office assistant at a private firm, he was looking forward to spending time with his family. But that was not to be.

“I worked as an office assistant at a private firm all my life. When I retired I thought I would spend some time with my family but now there is so much uncertainty that I want to earn money. It should be enough for my needs, so I am not dependent on my sons for anything,” Khan, who lives in Delhi, said.

Besides the insecurity that stemmed from the lockdown, there is also fear of what will happen if there is another one down the line.

“They want to earn as much as possible and as quickly as possible and get out of their dependence on their children…. A lot of friction was also witnessed between families during the pandemic, which has again made the elderly very insecure,” Rath said.

Most are looking for jobs in the informal sector as big corporations and industries don’t have any opportunities for the elderly.

Older people also need to be given digital training so they can be involved in the mainstream and lead a more comfortable and dignified life in today’s Internet-dominated world, Rath said.

About 90 per cent elders in India have to work in order to survive, said Anupama Datta, head, policy research and development, at HelpAge India.

Families, including elders, have started coming back from their towns and cities in Bihar, Bengal, and Uttar Pradesh to the Delhi-NCR region looking for work.

“Most elders from the unorganised sector are left with no choice but to continue working in their later years. Covid hit them the hardest. Besides their own vulnerability to the virus, many lost their livelihoods or their working children whom they were dependent on…,” she said.

“We now see many elders going back to work on the streets and opening their roadside redhi-patri shops (street vendors or hawkers). The extreme weather conditions and the economic slowdown are making conditions hard and unbearable for them,” Datta said.

Several hiring platforms said they had been witnessing a spike in job applications from the elderly.

Industry surveys show that over 55-60 per cent of individuals have expressed interest in continuing to work post-retirement for financial independence and to keep themselves productive, said Sanjay Shetty, director at international recruiting agency Randstad India.

Senior citizens in the country have started looking for freelance jobs and work-from-home options have increased considerably in the last two years, he said.

The trend of senior citizens wanting to come back or continue after retirement is increasing, agreed Mahesh Bhatt, chief business officer at staffing firm TeamLease Services.

“In fact, many of them want to be part of the staffing talent pool as it offers them a diversity of jobs and flexible timings. Manufacturing and industrial sectors are two of the key sectors wherein the trend is significant. From a profile point of view, most of them get deployed in administration, procurement, legal and compliance and security supervision,” he said.

According to Bhatt, the trend is not restricted to the private sector. The government, too, is warming up. It has started an exclusive virtual employment exchange connecting senior citizens with corporate houses and industry bodies.

“In certain cases, families or senior couples had to pivot and rethink their money source due to the unprecedented global event (the Covid pandemic),” said Raj Das, global co-founder and CEO of the online job application platform Hirect India.