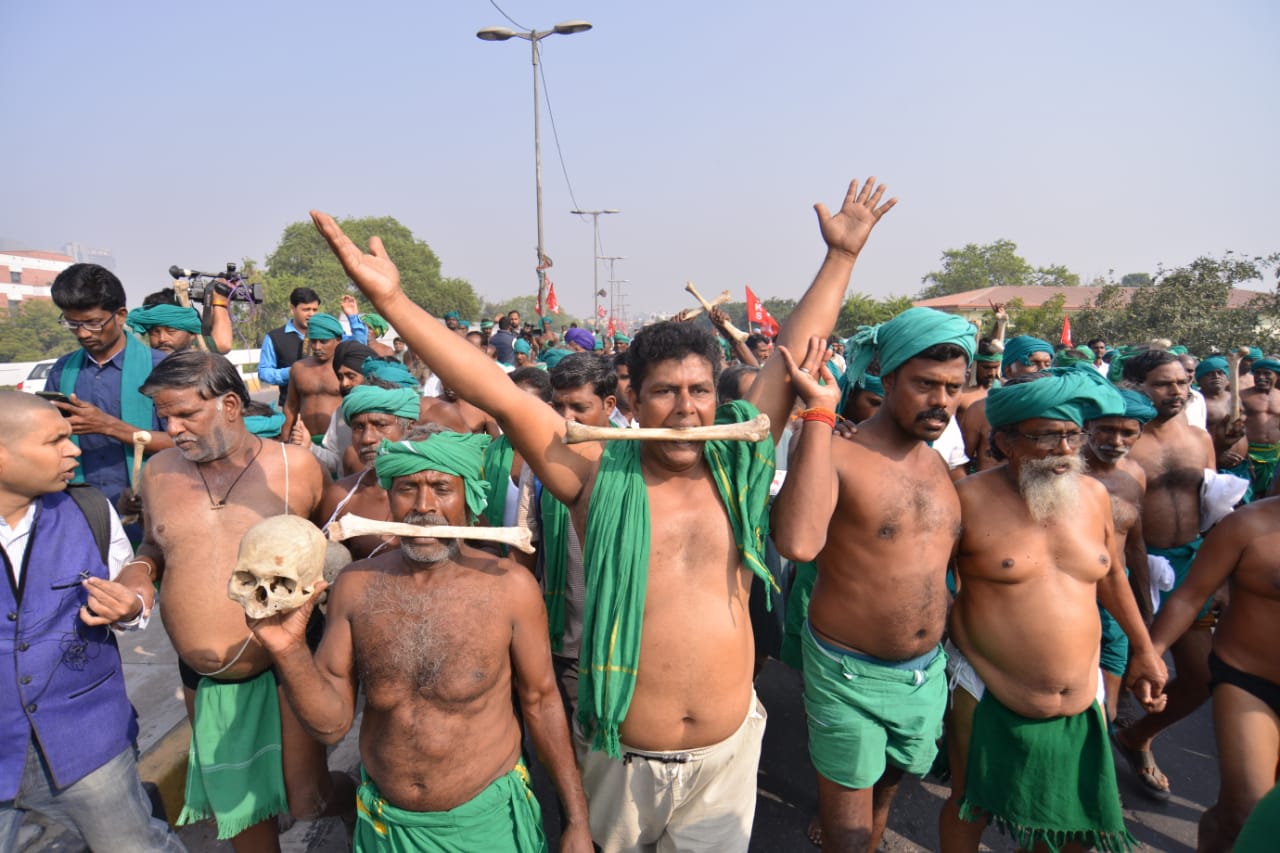 Around 35,000 farmers from across the country were denied permission by police to march to Parliament on Friday, so they converged near the Parliament Street police station, where their leaders addressed the protesters.

The national secretary of the All India Kisan Sangharsh Coordination Committee (AIKSCC), Asish Mittal, said farmers from 24 states have joined the protest to press for their demands, including debt relief and remunerative prices for their produce.

The farmers, who have been camping at the Ramlila ground in Delhi since Thursday, began their march to Parliament Street around 10.30 am amid heavy policy deployment.

They were stopped near Parliament Street police station, after which they assembled there.

Over 3,500 police personnel have been deployed on the route of the march. According to a senior police officer, special arrangements have been made in Central and New Delhi police districts.

Banded under the AIKSCC, which claims to be an umbrella body of 207 organisations of farmers and agricultural workers, many farmers arrived in the city on Thursday — on trains, buses and other modes of transport.

About 1,200 members of the National South Indian River Interlinking Agriculturalists Association reached the national capital in the early hours of Thursday carrying skulls of two farmers who had committed suicide, their leader P. Ayyakannu said.

The group from Tamil Nadu had threatened to march naked if they were not allowed to go to Parliament on Friday. They had last year staged protests at Jantar Mantar with the skulls of eight farmers who killed themselves owing to losses.

The AIKSCC has claimed that the two-day rally will be one of the largest congregations of farmers in Delhi.

Five gurdwaras in the Delhi region have extended their help to the farmers. Volunteers, including doctors, lawyers, professors and artists, all came out in large numbers to help the farmers, as did students from various universities. Around 600-700 volunteers of a solidarity group called 'Nation For Farmers' marched with the protesters from the four assembly points.

The AIKSCC was formed under the aegis of All India Kisan Sabha and other Left-affiliated farmers' bodies in June, 2017, following protests by farmers in states such as Maharashtra and Madhya Pradesh for debt relief and remunerative prices.