L. Chandrashekar, who had joined the BJP on October 7, has retired from the contest 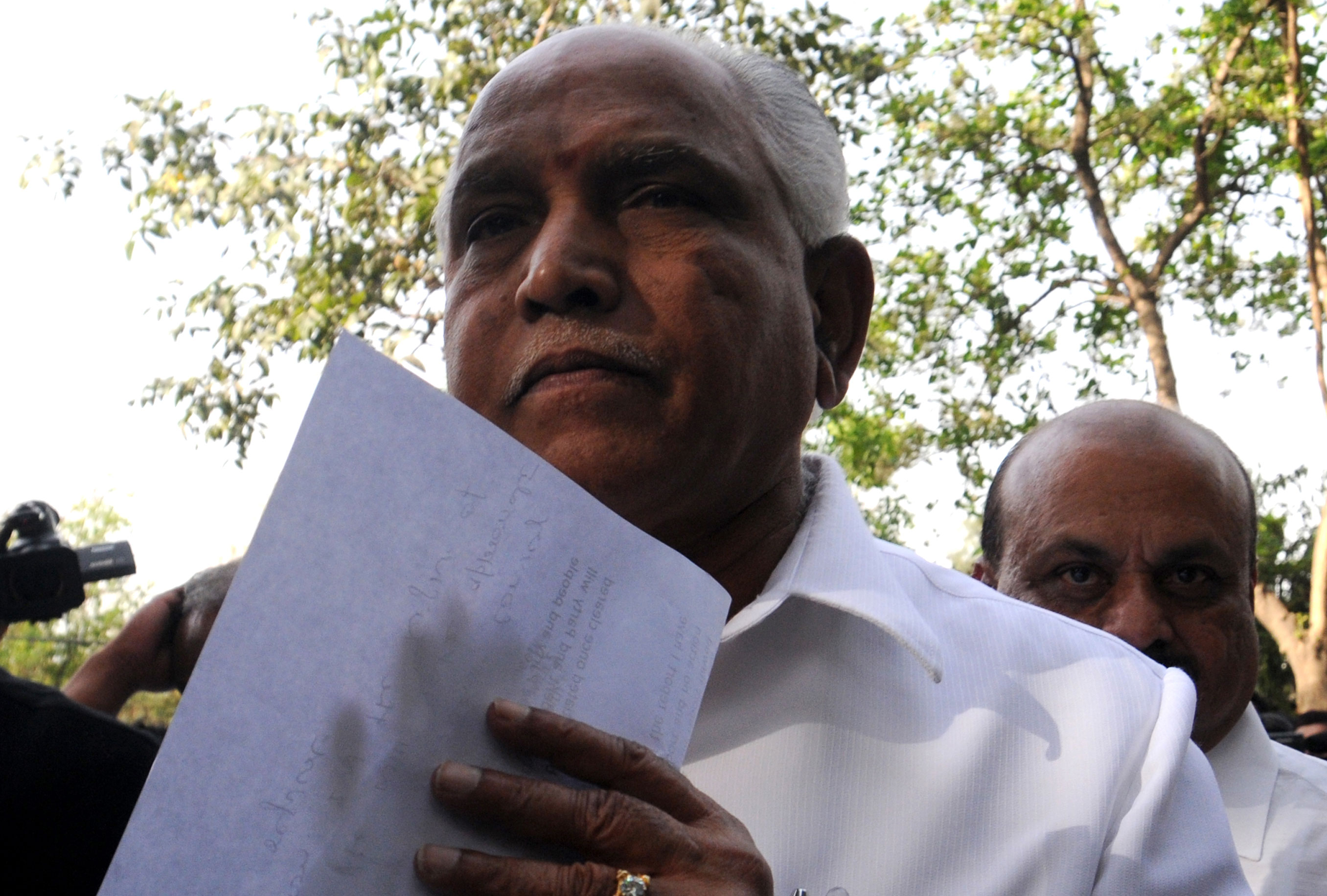 Politics of poaching has boomeranged on the BJP in Karnataka with its candidate against the chief minister’s wife quitting the party and rejoining the Congress two days before a bypoll.

L. Chandrashekar, who had joined the BJP on October 7 to be quickly rewarded with the Ramanagara Assembly bypoll ticket, retired from the contest, leaving the party no room to find an alternative as the election falls on Saturday.

Chandrashekar was contesting against Anitha Kumaraswamy, the wife of chief minister H.D. Kumaraswamy. She is contesting on a Janata Dal Secular ticket in the Vokkaliga pocket borough her husband has never lost since 2004.

A stunned BJP, whose state president and former chief minister B.S. Yeddyurappa had garlanded Chandrashekar and handed over the membership 25 days ago, blamed the Congress for “engineering” the defection. The Congress denied the charge, saying “unfulfilled promises” have made Chandreshekar to dump the BJP.

The bypoll became necessary when Kumaraswamy decided to retain the neighbouring Channapatna after he won from both seats in the May Assembly elections.

With the support of the Congress, Anitha was always the frontrunner but is now assured of a cakewalk with only a few Independents pitted against her. Kumaraswamy cancelled his scheduled road shows in Ramanagara after Chandrashekar’s pullout.

Anitha, who has produced movies, had won a bypoll from Madhugiri in 2008 but lost in Channapatna in the 2013 Assembly election when the Congress rode to power.

Yeddyurappa struggled for a response to the swift desertion. “The people will teach them (the Congress) a good lesson. That Chandrashekar has cheated the party,” Yeddyurappa told reporters.

He said the BJP was confident of winning Jhamkandi, the other seat that would go to polls on November 3, and the three Lok Sabha seats (Bellary, Shimoga and Mandya) where bypolls would be held.

Chandrashekar blamed Yeddyurappa for his decision to return to the Congress. “Yeddyurappa is only interested in promoting his sons. He never even bothered to come here (for campaigning). He should have at least sent some senior leaders to campaign for me,” he said.

“I couldn’t even reach Yeddyurappa on phone since it’s always switched off. I didn’t know how to reach him since the party is full of groups,” he added.

Asked why he joined the BJP in the first place, Chandrashekar said: “They promised to take care of everything, if I contested here (in Ramanagara). But they did nothing.”

Chief minister Kumaraswamy pleaded ignorance about what might have led to Chandrashekar’s move back to his former party.

“I was busy campaigning in Bellary and reached here (Bangalore) this morning for the Kannada Rajyotsava (the state formation day) programme,” he said.

He blamed the BJP. “It’s their own mistake. They forced him to join the BJP by making several promises. But he left when no promises were fulfilled,” Kumaraswamy said.

The chairman of the coalition coordination committee and former chief minister, P.C. Siddaramiah, denied his party had engineered the last-minute defection.

“It was the BJP who started poaching others with their Operation Kamala (an informal description to BJP’s poaching exercise). We don’t do such things,” he said.

This is the second big shock for the BJP after the May 15 Assembly election results when it fell nine seats short of a clear majority of 113 seats. The BJP was caught napping by the Congress and the JDS that wasted no time in forging a post-poll alliance to keep the saffron party out.