Advertisement
Home / India / Modi govt's non-cooperation with SC panel acceptance it had something to hide: Rahul on Pegasus

Modi govt's non-cooperation with SC panel acceptance it had something to hide: Rahul on Pegasus 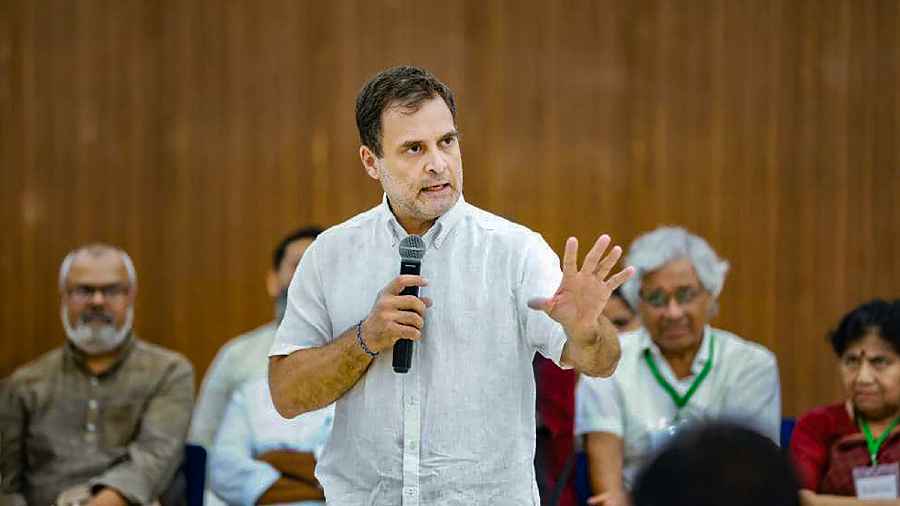 Congress leader Rahul Gandhi Thursday alleged the Narendra Modi government's "non-cooperation" with the Supreme Court-appointed panel in the Pegasus probe is an acceptance that they had "something deeper to hide" and wanted to crush democracy.

The Supreme Court on Thursday said the technical panel appointed by it to probe the unauthorised use of Pegasus has found some malware in five mobile phones out of the 29 examined but it could not be concluded that it was due to the Israeli spyware.

"The prime minister and his government's non-cooperation with the SC-appointed committee is an acceptance that they had something deeper to hide and want to crush democracy," Gandhi said in a tweet.

The top court last year ordered a probe into the allegations of the use of Israeli spyware by government agencies for targeted surveillance of politicians, journalists, and activists and appointed technical and supervisory committees to look into the Pegasus row.

The three-judge bench said the overseeing panel has submitted a "lengthy" report in three parts. One of the parts suggested amending the law to protect citizens' right to privacy and ensure the nation's cyber security.

"They (Committees) have observed that the Government of India did not cooperate. Whatever stand you had taken here, you have taken the same stand before the committee also," the bench, also comprising Justices Surya Kant and Hima Kohli, said.