Plea to keep Delhi hospitals open to all 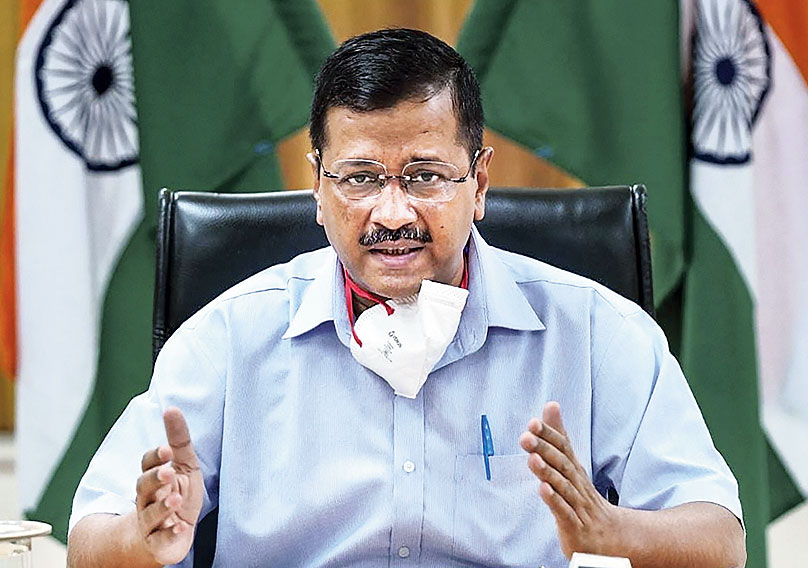 Health rights groups have appealed to the Delhi government not to close its hospitals to patients from outside the capital amid suggestions the administration would take a decision on the matter on Sunday.

A Delhi government source said an expert committee had in a report to the state government said Delhi’s health infrastructure would be saturated in three days if it remained open to patients from across India.

A PTI report quoted sources as saying the committee had recommended that “health infrastructure of the city should be used only for treating residents of the national capital in view of the Covid-19 crisis”.

It’s unclear whether any decision by the state government would have a bearing on central hospitals like the All India Institute of Medical Sciences.

Delhi High Court had in 2018 shot down an attempt by the Aam Aadmi Party government to reserve for Delhi residents four in every five beds at the state government’s hospitals.

Chief minister Arvind Kejriwal had sealed Delhi’s road borders for a week on June 1 and set up the expert committee, headed by Mahesh Verma, vice-chancellor of the Guru Gobind Singh Indraprastha University, the next day to evaluate the state’s preparedness to handle the pandemic.

On June 1, Kejriwal had also sought suggestions from the public whether Delhi’s hospitals should be kept open for all amid the pandemic. On Friday, he said that 7.5 lakh suggestions had been received and were being examined.

“As soon as we open the borders, people from across the country will come to Delhi for better treatment,” he said.

“We have a capacity of 9,500 beds for corona treatment in Delhi hospitals as against 2,300 patients today, but all the beds will be occupied in just 2-3 days if we have an influx of patients from across the country.”

A source confirmed that the government would also decide on Sunday whether to continue the restrictions on entry into the capital by road.

“The decision of denying treatment to non-Delhi residents is bound to create many practical problems, especially for the marginalised sections of the society. When hospitals start to ask for proof, the burden will lie on the patients to prove that they stay in Delhi,” the statement said.

“It will exclude the vulnerable population such as the migrant labourers, thus excluding them from treatment. Considering that the very reason migrant labour is getting infected with Covid-19 is because they are staying in Delhi, denying them healthcare is utterly unethical.”

The statement added: “Moreover, if government hospitals shut their doors to people, they will be forced to go to private hospitals which, we all know, are charging exorbitant amount(s) for even basic care. The loot in the name of personal protective equipment (PPE) has been reported widely.

“As the poor and the marginalised will not be able to afford such amounts, they will go untreated. Not only will they suffer unduly, it will also lead to spread of infection of Covid-19 in the city.

“Delhi is home to many central government hospitals such as the All India Institute of Medical Sciences (AIIMS), Safdarjung Hospital and Ram Manohar Lohia Hospital. Funds for them come from the coffers of the Union government and all citizens of India have equal right over care provided by these premier institutes of the country.

“Providing medical facilities to each and every citizen is a constitutional responsibility of all governments. If the state government is facing financial crunch or lack of infrastructure, then it should approach the Union government to fill the gap.”