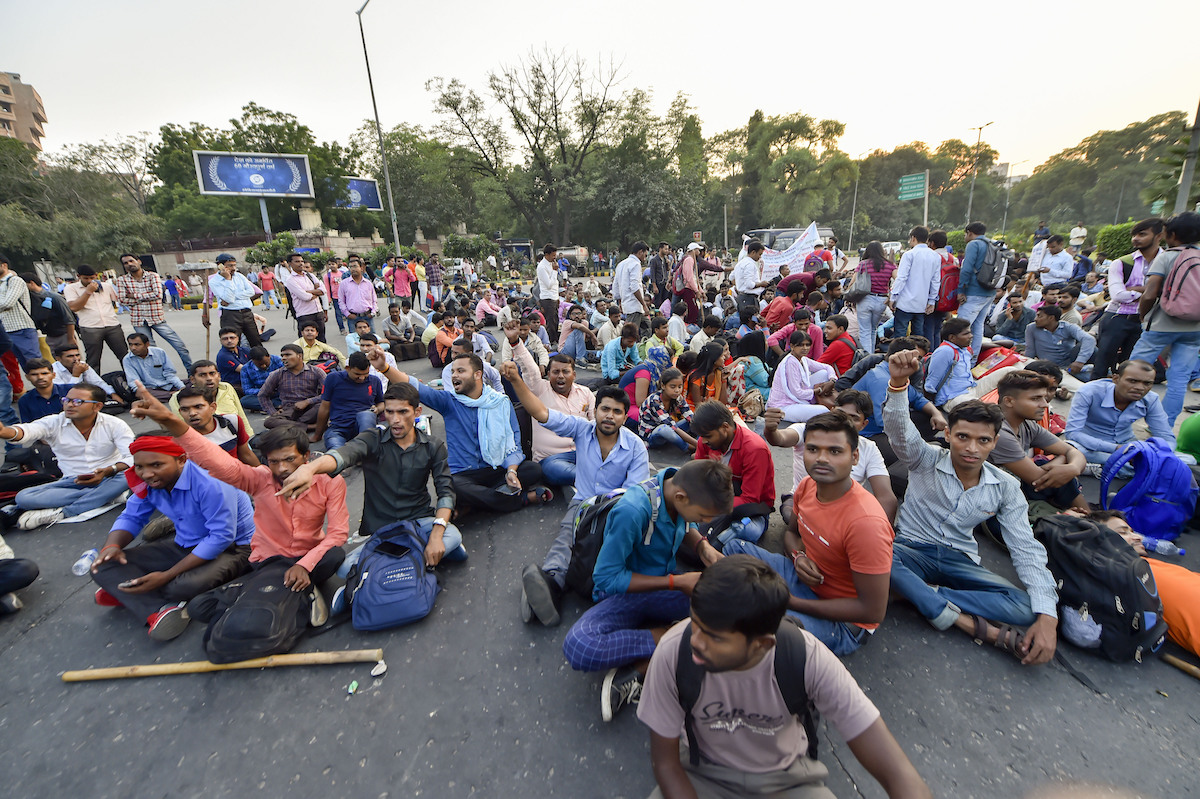 People with disabilities block a road and raise slogans to protest the invalidation of railway examination results, near Mandi House in New Delhi, on Wednesday, October 23, 2019
PTI Photo
The Telegraph And PTI   |   New Delhi   |   Published 24.10.19, 10:12 AM

Commuters faced inconvenience as traffic snarls were reported in central Delhi on Thursday, October 24, 2019, owing to a protest at Mandi House by differently-abled people who had applied for Group D jobs with the railways.

They had staged a protest at Mandi House on Wednesday, demanding that railway officials meet them. They continued their protest on Thursday, leading the police to divert the traffic on the route which caused jams.

'Traffic is affected on Vikas Marg from Laxmi Nagar to ITO due to demonstration at Mandi House. Traffic coming from Akshardham towards ITO has been diverted towards Geeta Colony,' the Delhi Traffic Police tweeted.

Traffic is affected on Vikas marg from Laxmi Nagar to ITO due to demonstration at Mandi House. Traffic comes from Akshardham towards ITO has diverted towards Geeta Colony.

The protest was being held due to concerns of around 7,000 candidates who cleared the 2018 Railway Recruitment Board Group D examination. The result, which was declared in March 2019, was reportedly declared invalid a few days later, with a number of seats and disability categories being added to the reservated category. There were reportedly concerns that there had been no proper communication by the Railway board on the matter. According to reports, there were only seven categories of disability when job applications were accepted, but after the results were declared, 14 disability categories were added.