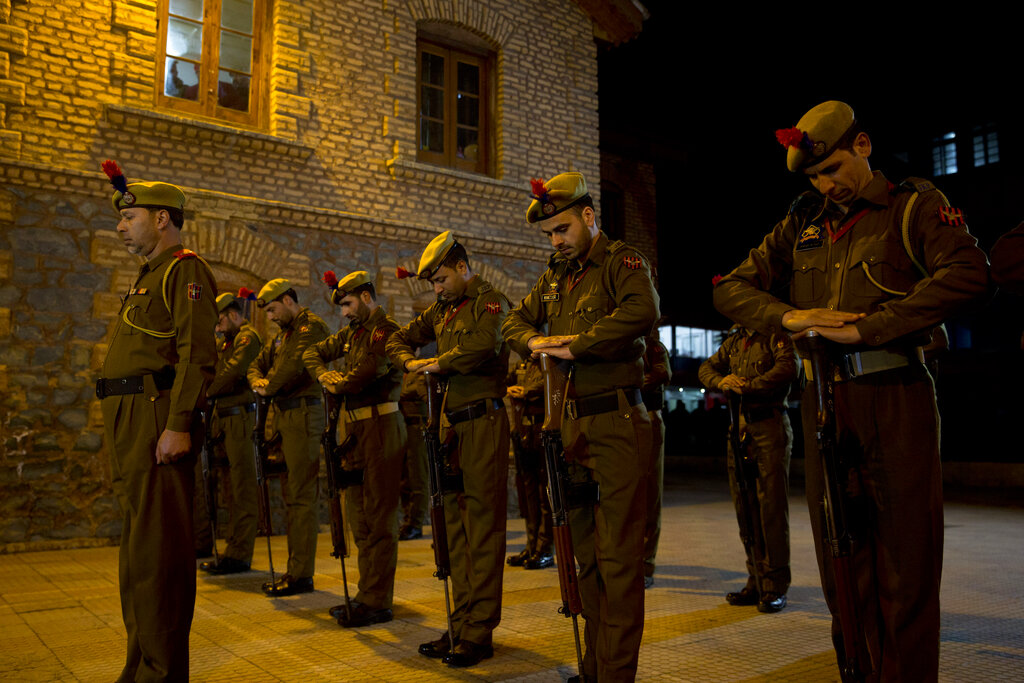 Pakistan has sought the urgent intervention of UN secretary-general in defusing tensions with India, in the wake of the Pulwama attack, and help facilitate dialogue between the two countries, the foreign office said on Tuesday.

The February 14 suicide attack by the Pakistan-based Jaish-e-Mohammad that left at least 40 CRPF personnel dead in Kashmir's Pulwama district has heightened bilateral tensions with both New Delhi and Islamabad calling back their envoys for 'consultations'.

India on Friday announced the withdrawal of the Most Favoured Nation status for Pakistan and hiked the customs duty by 200 per cent on goods originating from the neigbouring country.

'It is with a sense of urgency that I draw your attention to the deteriorating security situation in our region resulting from the threat of use of force against Pakistan by India,' Qureshi wrote in the letter.

India has rejected any third party intervention on the Kashmir issue and has maintained that all outstanding matters in Indo-Pak ties should be resolved bilaterally. India has also firmly told Pakistan that dialogue and terrorism cannot go hand in hand.

Qureshi, in his letter, said the Pulwama attack on Indian CRPF soldiers was 'ostensibly and even by Indian accounts' carried out by a Kashmiri resident.

He said attributing the attack to Pakistan even before investigations was 'absurd'.

Qureshi alleged that for domestic political reasons, India deliberately ratcheted up its hostile rhetoric against Pakistan and created a tense environment.

He wrote that India has also hinted that it may abandon the Indus Waters Treaty, asserting that it would be a 'grievous error'. 'It is imperative to take steps for de-escalation. The United Nations must step in to defuse tensions,' Qureshi said.

He said India must be asked to conduct an 'open and credible investigation' in the terror attack.

'You may also consider asking India to refrain from further escalating the situation and enter into dialogue with Pakistan and the Kashmiris to calm the situation down,' he wrote.

The foreign minister requested that his letter be circulated to members of the UN Security Council and General Assembly.

Talking to Pakistan's high commissioner to India Sohail Mahmood, who called on him in Islamabad, Qureshi said on Tuesday that Pakistan wanted peace in the region as unrest and chaos would not serve anyone's interest.

Pakistan has repeatedly asked the UN to intervene in Kashmir. Former Pakistan Prime Minister Nawaz Sharif had also sought Washington’s help, saying the US was the 'most relevant' party to get involved in the Kashmir issue.

The US, however, has time and again reiterated that it is for India and Pakistan to discuss and decide on the pace and scope of their bilateral relationship.