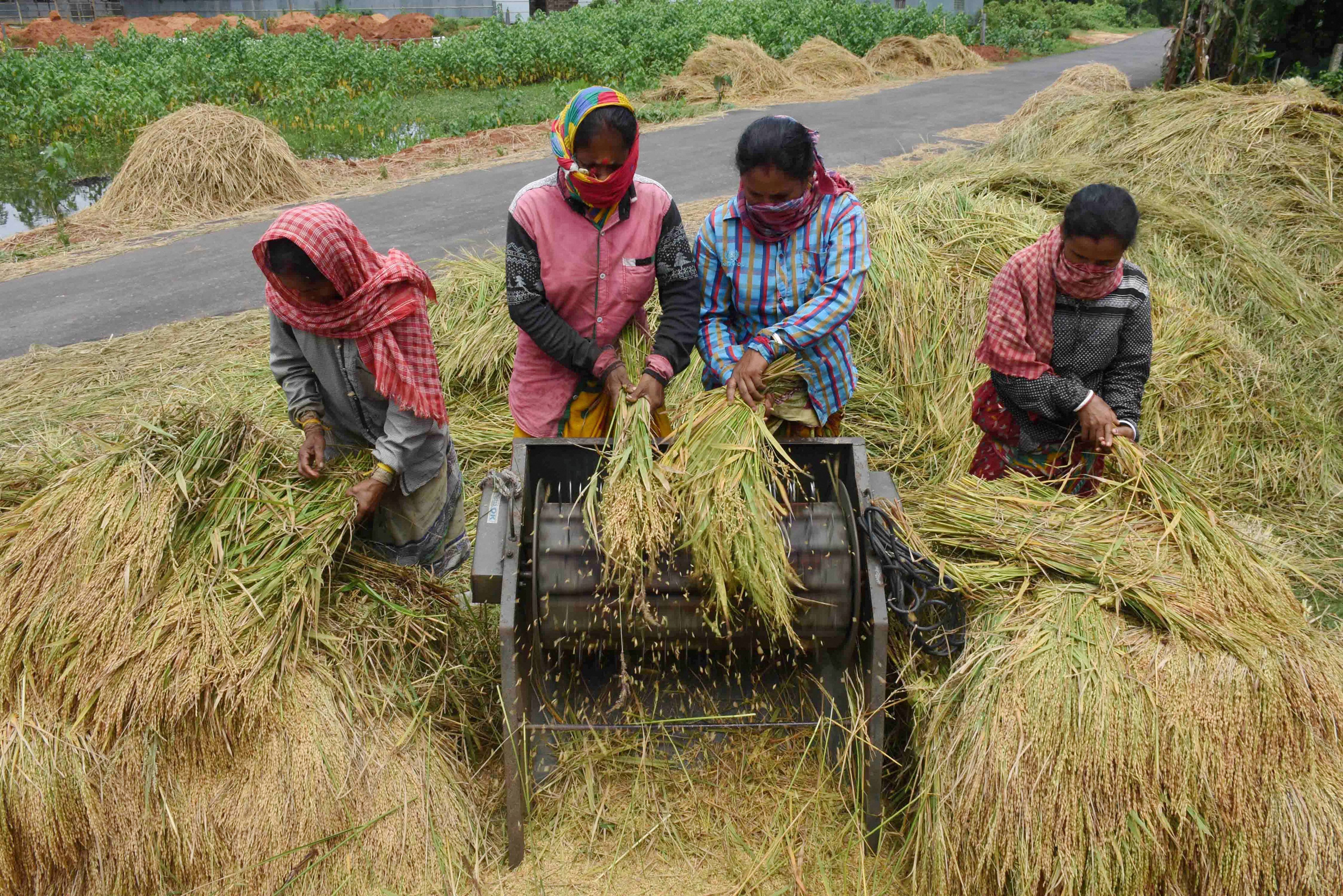 Paving the way for 'One Nation, One Agri Market' for farmers, the Union Cabinet on Wednesday approved an ordinance to allow barrier-free trade in agriculture produce outside the notified APMC mandis.

The Farming Produce Trade and Commerce (Promotion and Facilitation) Ordinance, 2020, proposes to bar state governments from imposing taxes on sale and purchase of farm produce undertaken outside the mandis and give farmers the freedom to sell their produce at remunerative prices.

Besides, any conflicts arising from the transactions will be dealt with exclusively by the Sub Division Magistrate (SDM) and District Collectorate within 30 days and not in the jurisdiction of civil courts.

At present, farmers are allowed to sell their agriculture produce at 6,900-odd Agriculture Produce Marketing Committee (APMC) mandis spread across the nation. There are restrictions for farmers in selling agri-produce outside the mandis.

Announcing the Cabinet decision, Agriculture Minister Narendra Singh Tomar said: 'The existing APMC mandis will continue to function. The state APMC law will continue to remain. But outside the mandis, the ordinance will be operational.'

The ordinance basically aims at creating additional trading opportunities outside the APMC market yards to help farmers get remunerative prices due to additional competition, he said.

It will also promote barrier-free inter-state and intra-state trade and commerce outside the physical premises of markets notified under State Agricultural Produce Marketing legislations, he said and noted that this is a historic-step in unlocking the vastly regulated agriculture markets in the country.

Tomar said this reform was felt necessary earlier by many and the proposal was before the government. The government tried to bring reforms through a model APMC law but could not succeed.

'So, bringing this ordinance during the Covid-19 crisis was ripe after we saw farmers facing difficulties in selling their produce in mandis. Had this law been in place, farmers would have sold from home and avoided violation of social distancing norms in mandis. This ordinance will help farmers get remunerative prices,' he said.

The ordinance has been discussed with state governments and will bring change in the lives of the farming community, he added.

Highlighting key features of the Ordinance, Tomar said, 'Farmers can sell even from their house directly to companies, processors, farmer producer companies (FPOs) and cooperatives and get a better price, he said, adding that farmers will have the choice to whom and at what rate to sell his produce.'

'There won't be any state taxes levied on sale and purchase of produce undertake outside mandis, he said.

From an individual farmer having PAN card, to companies, processors and FPOs can sell outside the physical premise of the notified mandis, he said.

Buyers will have to make payments to farmers immediately or within three days and provide a receipt after the delivery of the goods.

The ordinance also proposes electronic trading in transaction platform for ensuring a seamless trade, he said.

'Farmers are fully protected and will be free from the license raj. It will open more choices for the farmer, reduce marketing costs for the farmers and help them in getting better prices,' he said adding that it will certainly pave the way for creating 'One India, One Agriculture Market'.