On Day 1 of AC local, stampede-like scene at Thane station

The problem arose after 8 am, when the peak hour rush began on Mumbai's suburban rail network 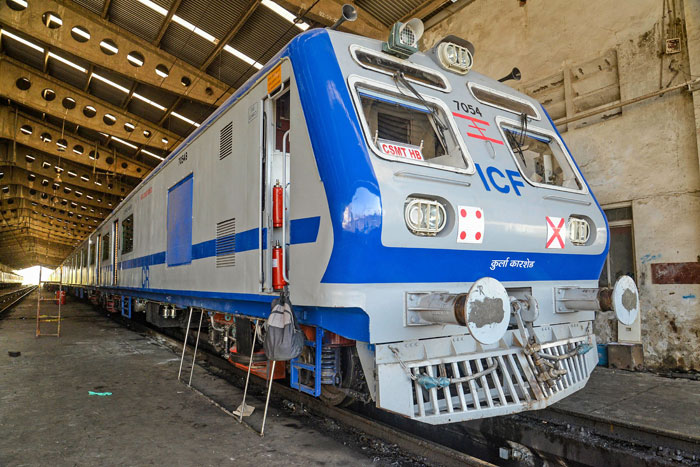 First AC train on Central Railways trans-harbour corridor between Thane and Panvel is stationed at Sanpada car shed ahead of its trial run, in Navi Mumbai, on Wednesday
PTI
PTI   |   Mumbai   |   Published 31.01.20, 08:58 AM

Chaos and stampede-like situation prevailed at suburban Thane station on Friday, as commuters thronged to board the air-conditioned local on the first day of its regular run.

The AC train services started from the early hours of the day, but the problem arose after 8 am, when the peak hour rush began on Mumbai's suburban rail network.

According to eyewitnesses, passengers thronged the station to board the train, causing a stampede-like situation on platforms.

The automated doors of the train could not be closed, because of overcrowding, a commuter said.

Similar scenes were witnessed at every station, causing the situation to deteriorate further.

Anticipating the chaos, the railways had deployed security personnel inside and outside the train, but the crowd seemed to have gotten the better of them.

The ensuing chaos also led to delay in the scheduled train services by 15 to 20 minutes during the morning peak hours, a railway official said.

”We are appealing to people not to board the AC train without a valid ticket, so the doors of the train close without any problem,” chief public relations officer Shivaji Sutar said.

Security will be beefed up further inside and outside the train at Thane station during the evening peak hours from 4.30 onwards, he added.

The Central Railway will operate 16 services of the AC local on Trans-Harbour line between Thane-Nerul, Thane-Panvel and Thane-Vashi stations.