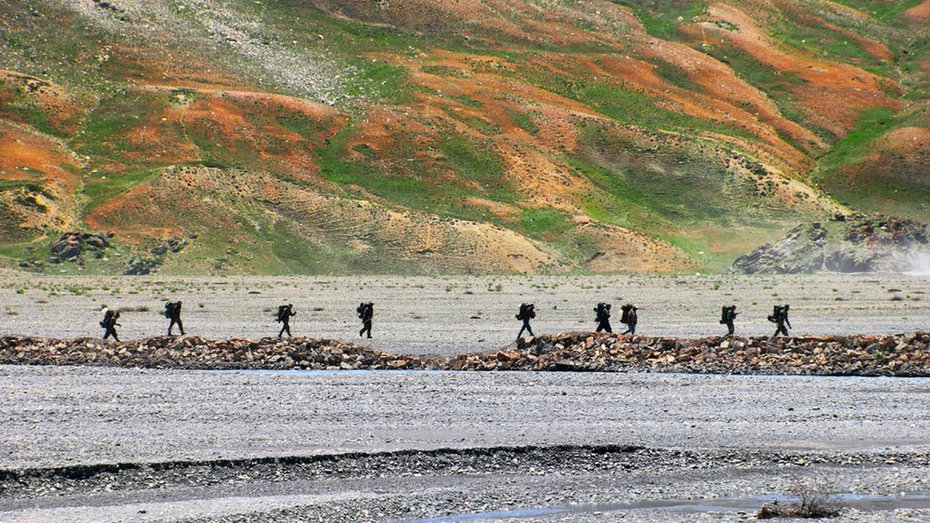 Military commanders of the two countries at the level of lieutenant-general are scheduled to hold delegation-level talks on the Chushul-Moldo border meeting point on the Chinese side in the Ladakh sector on Saturday, and India will be pushing for a restoration of the status quo of May 5.
(Representational image from Shutterstock)
Anita Joshua   |   New Delhi   |   Published 29.06.20, 07:47 AM

Ahead of Saturday’s talks between the military commanders of India and China to resolve the month-long face-off at various points from east to west along the Line of Actual Control (LAC), joint-secretary-level officials from the two foreign offices engaged with each other on Friday in a bid to prevent differences from turning into disputes.

That such an engagement took place via video-conferencing was announced by the external affairs ministry itself, making it the first time the government has pro-actively provided information -— however sketchy -— ever since this face-off began exactly a month ago.

The Chinese foreign ministry said in its readout that both sides agreed to implement the consensus that the neither country constitutes a threat to the other and called for properly managing differences.

There was no direct reference to the face-off or even the LAC in the MEA’s readout. The ministry preferred to refer to it as “current developments”.

Saying that the two sides reviewed the state of bilateral relations including the current developments, the ministry said that in this context, the two officials recalled the consensus reached by the leaders of the two countries that peaceful, stable and balanced relations between India and China will be a positive factor for stability in the current global situation.

“Both sides also agreed that in accordance with the guidance provided by the leadership, the two sides should handle their differences through peaceful discussion bearing in mind the importance of respecting each other’s sensitivities, concerns and aspirations and not allow them to become disputes.”

The Modi government’s refrain in its second stint has been not to allow differences to turn into disputes with China. The policy had begun with external affairs minister S. Jaishankar’s visit to Beijing in August last year after India upset both Pakistan and China with the decision to change the constitutional and geographical contours of Jammu and Kashmir.

Military commanders of the two countries at the level of lieutenant-general are scheduled to hold delegation-level talks on the Chushul-Moldo border meeting point on the Chinese side in the Ladakh sector on Saturday, and India will be pushing for a restoration of the status quo of May 5.

“The meeting is scheduled at 8.30am on Saturday. The Indian delegation will be led by 14 Corps Commander Lt Gen. Harinder Singh,” said an Indian defence ministry official.

“We will demand that the status quo be restored to de-escalate the growing tension between the two sides. We will also press for removal of temporary tents erected by Chinese troops,” the official said.

China is also said to have communicated its displeasure at politicising of the pandemic for which it is being routinely blamed by US President Donald Trump.

In an indication of the Chinese government’s thinking, the editorial of the Global Times talked about India forming an “illusion of strategic superiority toward China” because of support from the US.

“India should not be fooled by the US. Washington is keen on placing a wedge between countries and drawing countries to its own side. But this serves the US’ strategic pressure on China, instead of other countries’ geopolitical interests....China does not want to fall foul of India.… But China will not give up any inch of territory.… We believe India knows very well that China will not be at a disadvantage in any China-India military operations along the border area,” the Global Times editorial said.