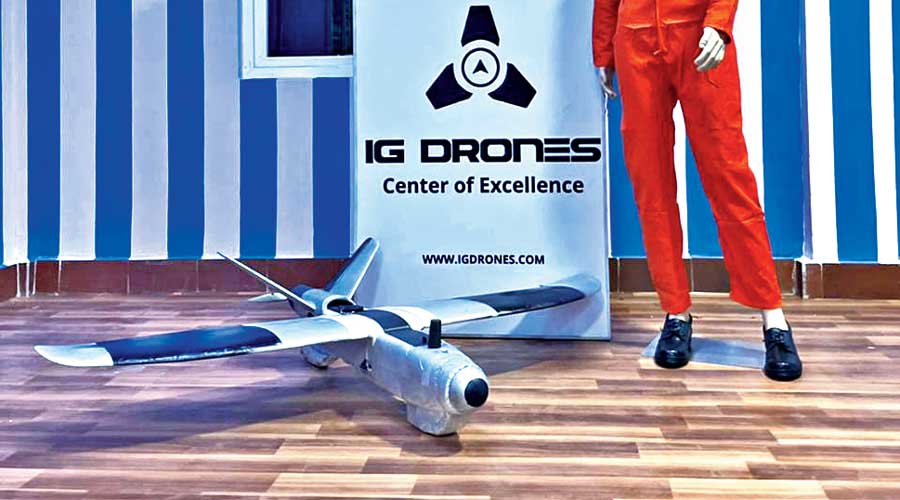 The Odisha government is mulling the use of a special drone to take Covid-19 vaccines to the remotest parts of the state.

The special drone has been developed by the students of Industrial Training Institute (ITI), Cuttack, with the support of IG Drones.

The Centre had earlier given its nod to the Telangana government’s “Medicine from the sky project” to use drones for experimental delivery of Covid-19 vaccines.

ITI principal Dr Hrushikesh Mohanty told The Telegraph: “We have signed an MoU with IG Drones for research and development. Earlier, we had developed the drones, which are being used in mining areas by the OMC (Odisha Mining Corporation). The newly developed drone is capable of carrying vaccines to the remotest areas. We have set up a centre of excellence in the institute for development of drones with the support of IG Drones. This is a part of the Skill Odisha project. The drone was developed within two months.”

Technical head, IG Drones, Sambit Parida said: “The indigenously developed Delta 400 drone can be airborne for long endurance operations and can be used for surveying and mapping with accuracy of sub-centimetre level. It has the capability to connect with NavIC, a navigational satellite system developed by Isro, for autonomous navigation.”

The drone, which has a 48MP high-res camera with infrared (IR) capabilities, can carry a payload of 1kg additionally which is now repurposed to cater to the needs of vaccine delivery by the ICMR (Indian Council of Medical Research) in the remote areas.

“The autonomous navigation and geo-fencing features makes it a class ahead of other drones with an ability to fly more than three hours,” Parida said.

During three hours of being airborne, it will cover a radial distance of 50km and travel 35km per hour. “A parachute is connected to the 4kg drone which can smoothly drop the vaccine without any problem,” an official said.

Though it has not been produced on a commercial basis, the cost of a single drone would be around Rs 9 lakh to Rs 10 lakh.

Official sources said the Odisha government is planning to use the drone to send the vaccines to the remotest areas particularly in Kalahandi, Malkangiri, Koraput districts. Last year, the Bhubaneswar Municipal Corporation used drones extensively to disinfect markets in the state capital during the Covid-19 outbreak.

CEO and co-founder of IG Drones, Bodhisattwa Sanghapriya, said: “We have collaborated with state’s premier industrial technical institute so that we can transfer our technology and take advantage of their huge experience in the field of hardware. Besides, we will be able to develop some indigenous talents. It would have been a bit difficult to develop the drone without the support of the ITI.”