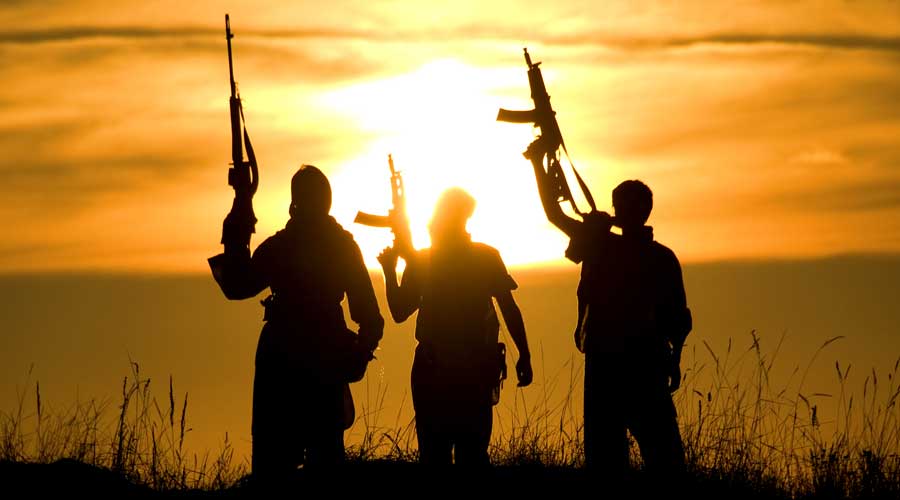 Sources said a number of Maoists have also sustained injuries in the operation but they managed to escape in the dense forest.
Shutterstock
Subhashish Mohanty   |   Bhubaneswar   |   Published 11.07.21, 12:57 AM

Odisha director-general of police Abhay airlifted two jawans of the Special Operations Group of the state police, who had suffered bullet injuries in an encounter with suspected Maoists along the Boudh-Kandhamal border on Saturday, and brought them to Bhubaneswar.

The DGP, along with director (intelligence), inspector-general (operations) and other senior officers of the department were on a tour of Malkangiri and Koraput districts to review anti-Maoist operations. Abhay cancelled all his engagements after hearing the news of injuries to the SOG jawans during the encounter and rushed to the area in his helicopter. He airlifted the injured jawans to the state capital for treatment.

The exchange of fire between the police and Maoists took place in a dense forest on the Boudh-Kandhamal border, around 290km from here.

“Based on reliable input an operation was launched under Gochapada police station of Kandhamal district on July 9. During search of the core area, Maoists opened indiscriminate fire on the security forces this morning. Two commandos of SOG sustained bullet injuries. When the DGP heard the news at Sunabeda, he cancelled all his programmes and rushed to Padelpada in Boudh district adjoining Kandhamal district. He himself airlifted the injured jawans to Bhubaneswar. Doctor accompanied him,” said Amitabh Thakur, IG (operations).

Later Abhay said: “Two commandos of SOG sustained bullet injuries. Both of them with the help of CRPF were rescued and brought to the road head from the operational area. An IAF helicopter was also requisitioned but could not make it to Padelpada because of bad weather. However, the BSF pilot found an alternative route and safely landed the chopper in a small patch of land. Later we were successful in airlifting the two SOG jawans from Padelpada to Bhubaneswar. Now they are undergoing treatment at AIIMS, Bhubaneswar. Both of them are stable. With the help of the CRPF, Odisha police have intensified its operation against the insurgents.”

The All India Institute of Medical Sciences, Bhubaneswar, has constituted a six-member team for the treatment of the injured jawans.

Former DGP Sanjeev Marik told reporters: “The fight between police and Maoists is continuing for the last eight hours. It’s a matter of concern. Such a long fight indicates that the rebels have a large quantity of arms and ammunition.”

Sources said a number of Maoists have also sustained injuries in the operation but they managed to escape in the dense forest.