Nyay for farmers in Chhattisgarh 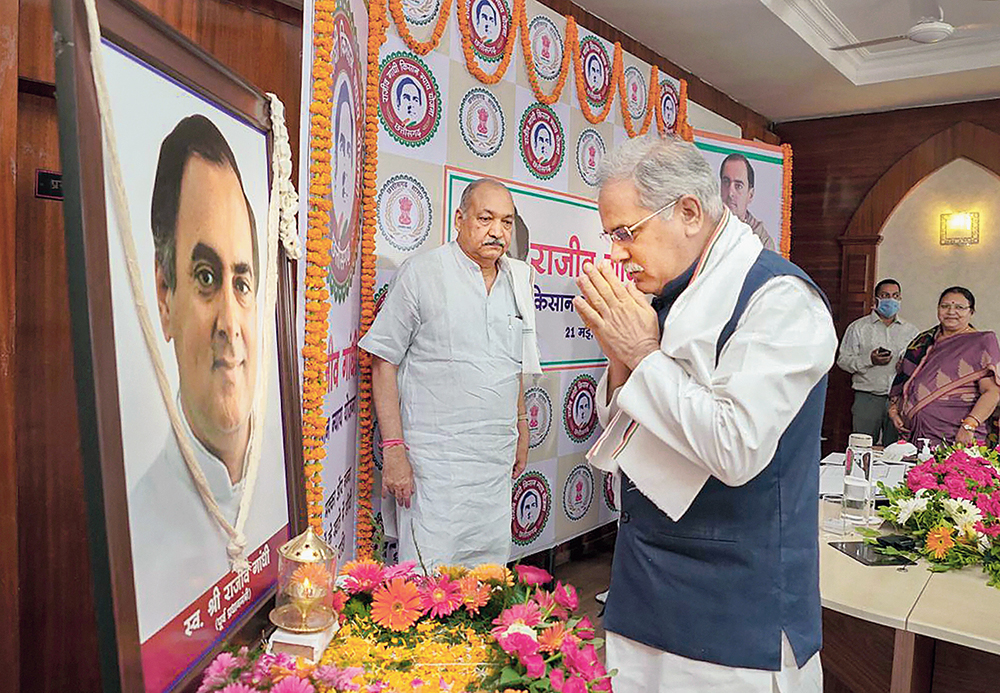 The Bhupesh Baghel government in Chhattisgarh on Thursday launched a financial assistance scheme for farmers, receiving lofty praise from the Congress high command that has over the past two decades relied largely on welfare schemes to sustain its politics.

The scheme — the Rajiv Gandhi Kisan Nyay Yojna — draws inspiration from the Congress’s Nyay (Nyuntam Aay Yojna, or minimum income guarantee) that had been promised in the 2019 election manifesto. Though this scheme is restricted to the poor to begin with, chief minister Baghel on Thursday announced that other categories would be included gradually.

Under the Rajiv Gandhi Kisan Nyay Yojana, a total of Rs 5,700 crore will be given to 19 lakh farmers through direct benefit transfer every year. Apart from paddy, the main cultivated crop in Chhattisgarh, maize and sugarcane farmers have been included in the scheme. The amount will be transferred in four installments. Though the exact amount of transfer to every farmer is difficult to assess, paddy and maize farmers will get Rs 10,000 per acre every year. The sugarcane farmer will get Rs 13,000 per acre.

Launching the scheme through videoconference in the presence of party president Sonia Gandhi and MP Rahul Gandhi, senior leaders of the state and ministers, Baghel said: “A committee has been formed to examine the modality of bringing others under the ambit of the scheme. Next year, rural landless labourers will also be included.” Baghel said his government was doing its best for the farmers and the poor under Rahul’s guidance.

Rahul had set much store by Nyay in the run-up to the 2019 parliamentary election and the onslaught of Covid-19 has brought it back into circulation although it had failed to achieve the desired electoral dividends for the Congress.

Economists Raghuram Rajan and Abhijit Vinayak Banerjee have publicly argued that a Nyay-like direct benefit transfer programme would be the best way to protect the most vulnerable sections in the current crisis.