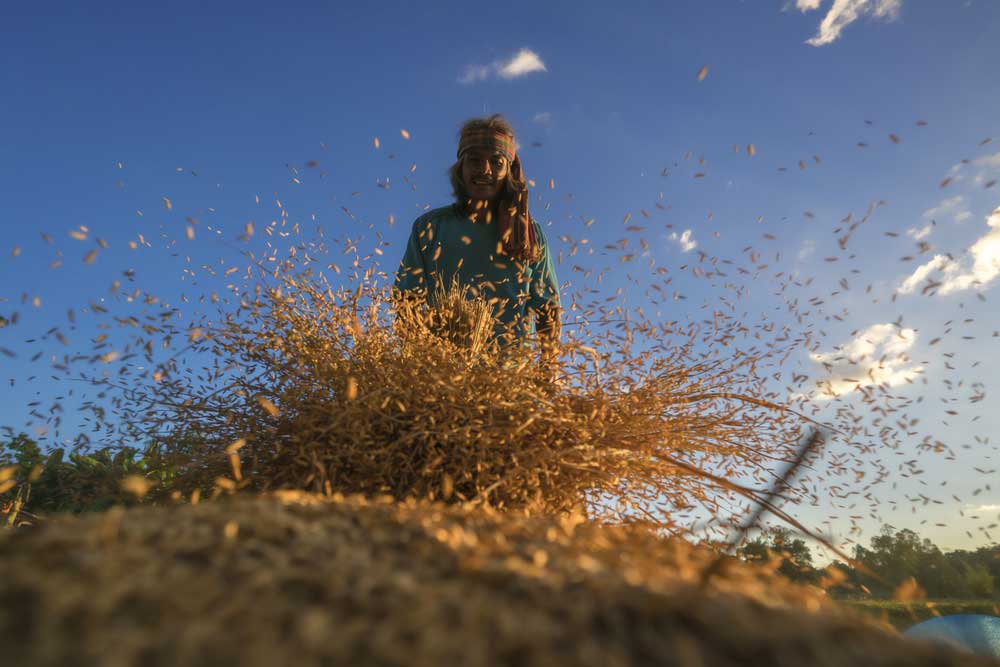 The study based on computer simulations has suggested that even a limited nuclear war could lead to 20 to 50 per cent losses of staple food crops above 30 degree latitude or 11 per cent globally for five years after the conflict.
(Shutterstock)
G.S. Mudur   |   New Delhi   |   Published 17.03.20, 09:09 PM

Even a limited nuclear war between India and Pakistan could produce unprecedented global food shortages and starvation for over a decade, a 19-member international research team said in a study on Monday.

The study based on computer simulations has suggested that even a limited nuclear war could lead to 20 to 50 per cent losses of staple food crops above 30 degree latitude or 11 per cent globally for five years after the conflict.

The simulations predict that if India and Pakistan each set off 50 Hiroshima-sized nuclear bombs, firestorms would spew around five million tonnes of soot into the stratosphere that would be carried by winds across the world, absorb sunlight and lower average global temperatures by 1.8 degrees Celsius for at least five years.

The temperature drop would lead to an average of 11 per cent fall in the production of maize, wheat, soybeans and rice, the four major staple cereals, the researchers said in their study published in the journal Proceedings of the National Academy of Sciences.

Their calculations suggest that by the fifth year, maize and wheat availability would decrease by around 13 per cent globally and by more than 20 per cent in 71 countries with a total population of around 1.3 billion.

“Even a regional limited war would have devastating indirect implications worldwide,” Jonas Jagermeyr, a post-doctoral scientist at the US National Aeronautics and Space Administration Goddard Institute for Space Studies, said in a media release. “It would exceed the largest famine in documented history. We’re not saying a nuclear conflict is around the corner, but it is important to understand what could happen,” he added.

The study, which relied on computer simulations of the impact of firestorms on crop production, has indicated that crops in the northern temperate regions — in Canada, China, Europe, Russia and the US — would be the hardest hit.

that the northern nations would impose export bans to protect their own populations. Some of the countries to be hardest hit are Bangladesh, Honduras, Niger, Rwanda and Somalia.

India-based analysts view the study as a fresh attempt to amplify concerns about nuclear weapons in South Asia, although the researchers themselves have pointed out that of the estimated 14,000 nuclear warheads believed to exist globally, 95 per cent belong to the US and Russia.