Advertisement
Home / India / NRC process to be carried out in entire country: Shah

NRC process to be carried out in entire country: Shah 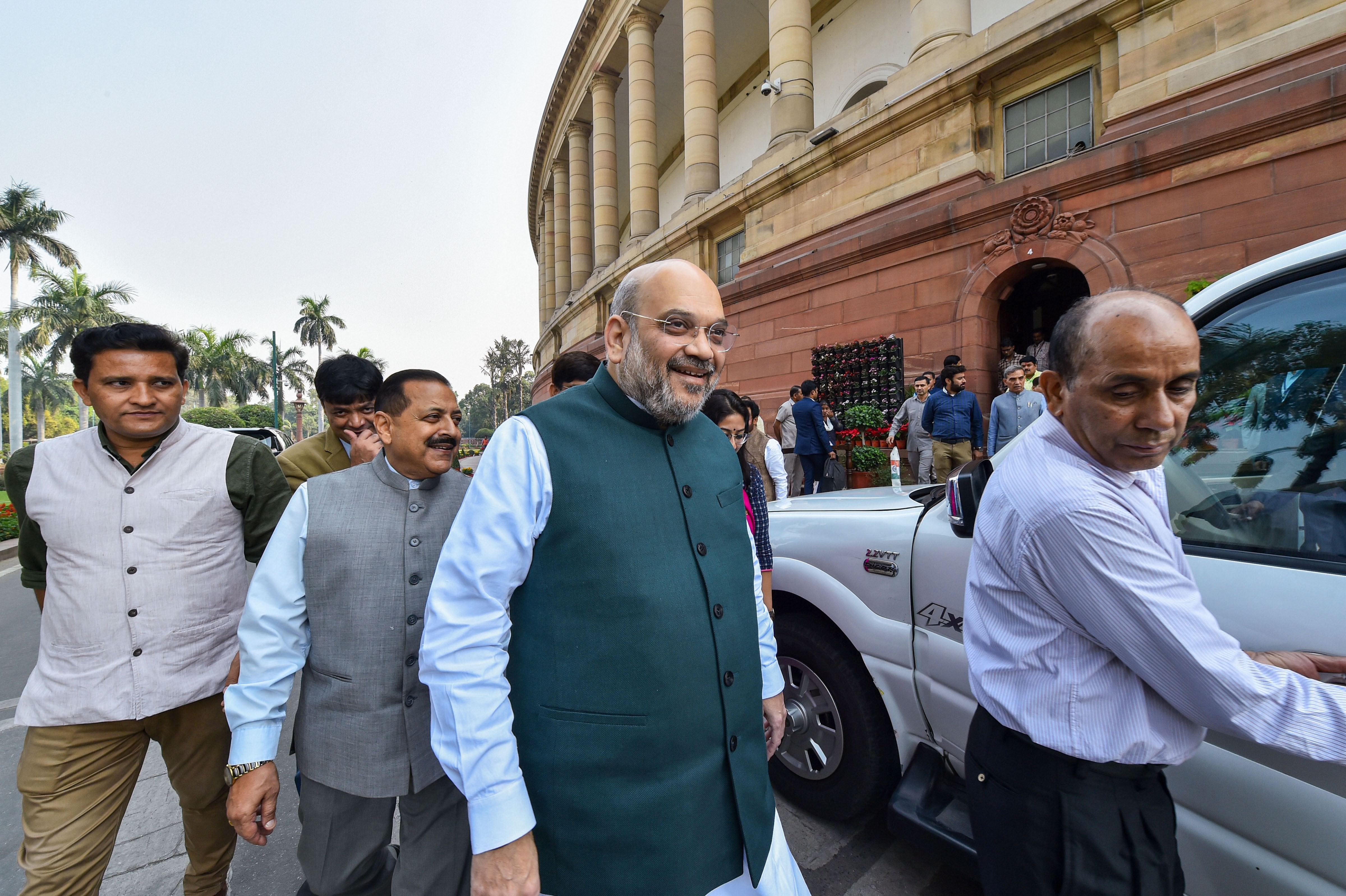 The National Register of Citizens (NRC) process will be carried out across India, Union home minister Amit Shah said in Rajya Sabha on Wednesday while making it clear that there would be no discrimination on the basis of religion.

Shah said the government accepts that refugees — Hindu, Buddhists, Jain, Christians, Sikhs and Parsis — who left Pakistan, Bangladesh and Afghanistan due to religious atrocities should get Indian citizenship.

'The process of NRC will be carried out across the country. No one irrespective of their religion should be worried. It is just a process to get everyone under the NRC,' he said replying to a supplementary during Question Hour in the Upper House.

He said there is no provision in NRC that people belonging to other religions will not be included in the register.

'People from all religions who are Indian citizens will be included. There is no question of any discrimination on the basis of religion. NRC is a different process and the Citizenship Amendment Bill is different,' Shah said.

In Assam, the NRC process was carried out as per the Supreme Court's order, he said, adding that when the process will be implemented in the entire country, Assam will also be included.

The Union home minister said that in Assam, people whose name has not figured in the draft list, have the right to go to the tribunal.

'Tribunals will be constituted across Assam. If any person doesn't have the money to approach the tribunals, the Assam government will bear the cost to hire a lawyer,' he said.

He reiterated that all citizens of India irrespective of religion will figure in the NRC list.

Shah said the government accepts that Hindu refugees, Buddhists, Jain, Christians and Sikh and Parsi should get this country's citizenship and this is why the Citizenship Amendment Bill is there.

'All refugees coming from Bangladesh, Pakistan and Afghanistan on account of religious atrocities will get citizenship under the Bill,' he said.

'Now it will come again. It has no connection with the NRC,' he said.