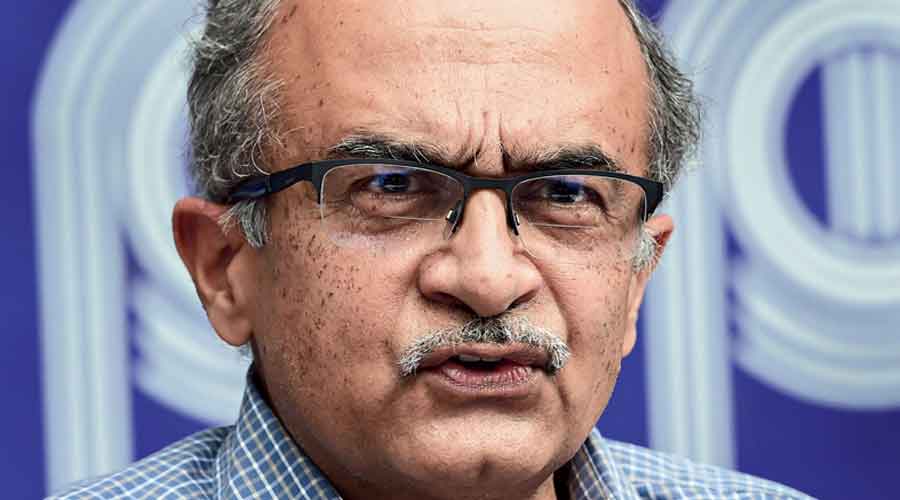 The Bar Council of India has ordered a “thorough study and examination” of lawyer Prashant Bhushan’s two tweets on the judiciary, for which the Supreme Court convicted him of criminal contempt and fined him Re 1.

The BCI, the regulatory body for lawyers and legal education, said on Friday that it had directed the Bar Council of Delhi, with which Bhushan is enrolled as an advocate, “to examine the matter and proceed as per law and rules to decide the same as expeditiously as possible”.

Under Section 24A of the Advocates Act, an advocate convicted of any offence relating to moral turpitude can be disqualified from legal practice for two years.

Under Section 35, the Bar Council of the state where a lawyer is enrolled can take the following actions:

⚫ Suspend the advocate from practising in any court in the country for a certain period.

⚫ Remove the lawyer from the state roll of advocates.

The BCI said its general council had discussed and deliberated on Thursday the judgment delivered by the apex court bench of Justices Arun Mishra, B.R. Gavai and Krishna Murari, which convicted Bhushan but decided to show “magnanimity” by imposing the token fine.

“The council is of the view that the tweets and statements made by Shri Prashant Bhushan, advocate, and the judgment of the Hon’ble Supreme Court of India need thorough study and examination by the Bar Council,” the BCI said in a statement issued by its secretary, Srimanto Sen.

The BCI said Thursday’s meeting via videoconference was presided over by vice-chairman Satish A. Deshmukh.

Bhushan has already paid the fine as directed by the court. Had Bhushan failed to do so, he would have invited a jail term of three months and been barred from legal practice for three years, according to the court order.

Earlier this year, the BCI had waded into a skirmish with the Supreme Court Bar Association by “staying” the suspension of association secretary Ashok Arora, who had attempted to get association president Dushyant Dave removed for criticising Justice Mishra’s praise of Prime Minister Narendra Modi.