Union minister Nitin Gadkari said on Thursday that it was “not correct” to call “one-time loan defaulter Vijay Mallyaji” a “chor” (thief), adding that the fugitive businessman had a four-decade-long track record of timely debt servicing.

Gadkari, however, clarified that he had no business dealings with Mallya, who faces extradition from the UK for alleged bank fraud and money laundering amounting to an estimated Rs 9,000 crore.

“For 40 years Mallya had regularly paid interests on loans. After entering the aviation sector he started facing problems, and suddenly he became a thief? If a person repays the interest for 50 years, and if he defaults once, then suddenly everything is fraud? This mindset is not correct,” Gadkari said at an economic summit.

The Union road transport and highways minister said the loan he was referring to had been taken from the Maharashtra government-owned Sicom 40 years ago, which Mallya repaid on time.

Stating that ups and downs were part and parcel of any business, Gadkari said: “There are risks in the business, be it banking or insurance, there are ups and downs. But if the mistakes are bona fide, because of global or internal factors in the economy like a recession, then that person who is facing difficulties must be given support.”

“If (fugitive diamantaire) Nirav Modi or Vijay Mallyaji have committed fraud then send them to jail, but whoever comes in distress, and if we label them as fraudster then our economy will not progress,” Gadkari added. 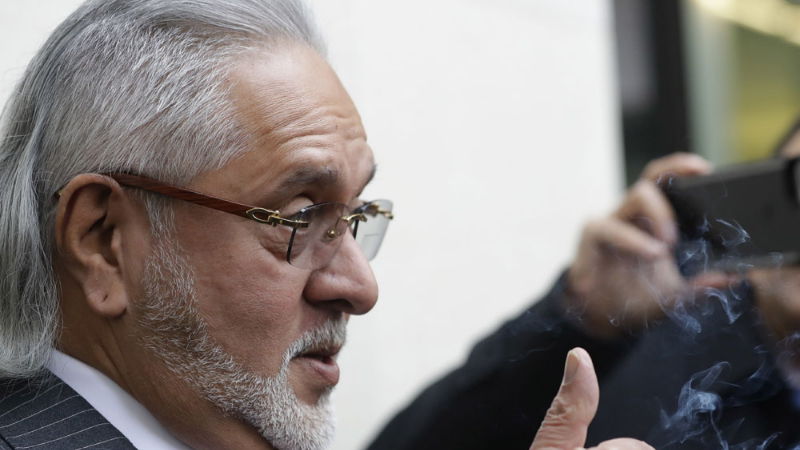 Vijay Mallya chats with the media outside the Westminster Magistrates Court in London on Monday, December 10, 2018
AP

Mallya’s Barrack No. 12 with facility to wash daily