Earlier, the UP government officials used a bulldozer to remove encroachment done by absconding Shrikant Tyagi 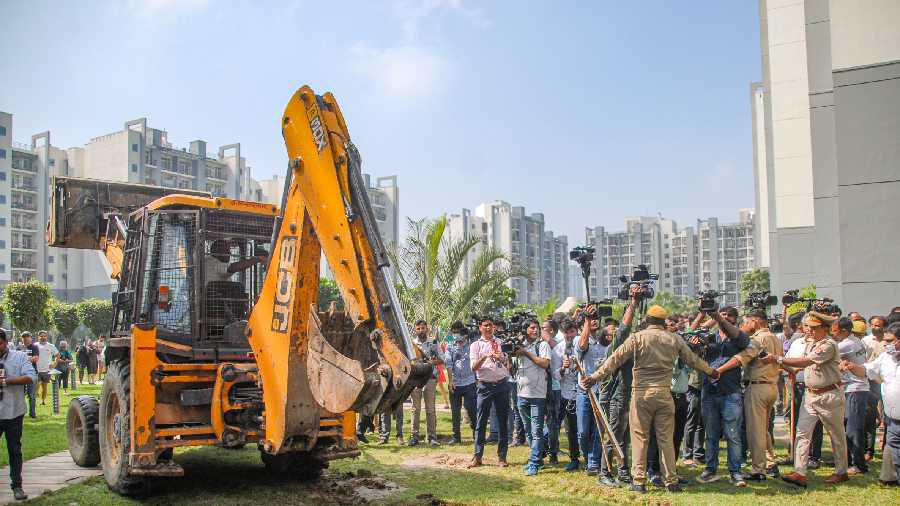 Efforts are on to nab Tyagi, who is accused of assaulting and abusing a woman resident in his housing society in Noida, Additional Director General of UP police (law and order) Prashant Kumar said in Lucknow.

"The in-charge of the local police station has been suspended. Besides him, a sub-inspector and four constables have also been suspended for laxity in work," the ADG said.

"Two personal security officers (PSOs) have also been provided to the woman complainant in the case," Kumar said.

"Efforts are on to nab the accused. The UP government and the Director General of Police have made it clear that such incidents won't be tolerated," he said, adding that human intelligence and technical surveillance are being used to trace Tyagi.

Tyagi was on Friday booked under Indian Penal Code section 354 (assault or use of criminal force on any woman) over a spat with a co-resident of the housing society.

Tyagi, who claimed to be a BJP functionary even as the party denied any links with him, is on the run since Friday night.