Advertisement
Home / India / No impact on efficacy and safety of Covaxin: Bharat Biotech after WHO suspension

No impact on efficacy and safety of Covaxin: Bharat Biotech after WHO suspension 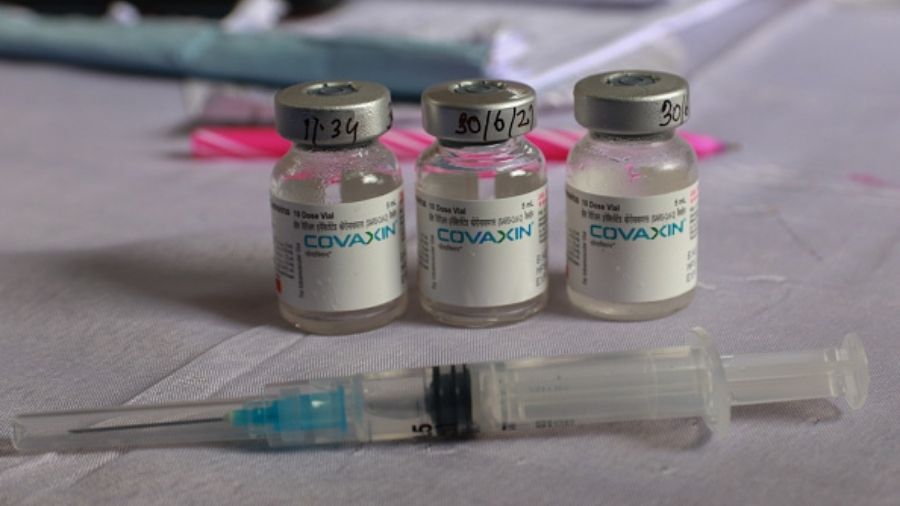 India's Covid-vaccine manufacturing firm, Bharat Biotech on Sunday issued a clarification that there is " no impact on efficacy and safety of the Covid-19 vaccine Covaxin", after the World Health Organization suspended it from its COVAX facility.

"For the millions who have received COVAXIN, the vaccine certificates issued still stand valid as there is no impact on efficacy and safety of the vaccine," read the statement issued by Bharat Biotech on suspension from WHO.

The vaccine manufacturer has further said that the company is slowing down the production of Covaxin for facility optimization.

"For the coming period, the company will focus on pending facility maintenance, process, and facility optimisation activities," Bharat Biotech said in a statement.

As all the existing facilities were repurposed for the manufacture of Covaxin, with continuous production during the past year to meet the public health emergency of COVID-19, these upgrades were due, the company added.

"Certain highly sophisticated equipment which were required to enhance the process stringency were unavailable during the COVID-19 pandemic. It has to be stressed that the quality of Covaxin was never compromised at any point in time," it said.

Bharat Biotech further said during the recent WHO post Emergency Use Listing inspection, it agreed with the World Health Organization (WHO) team on the scope of the planned improvement activities and indicated that they will be executed as soon as practical.

"The company was also pleased to learn from the WHO, that the necessary optimisation work 'does not indicate a change in the risk-benefit ratio (for Covaxin) and the data, available to WHO, indicates the vaccine is effective and no safety concern exists'," it added.

The WHO has further stated the vaccine is currently under its Emergency Use Listing (EUL), it added.

This risk assessment by the WHO is based on the supply of hundreds of millions of doses of Covaxin globally, during which the product has demonstrated an excellent safety and efficacy profile in detailed and thorough post marketing surveillance activities, the company asserted.

"Based on this wide body of data as well as a wealth of empirical evidence from India and globally, this is a strong justification for the WHO conclusions on Covaxin safety and efficacy," it added.

Notwithstanding this excellent safety and efficacy record, Bharat Biotech said it is "diligently working to further improvements and upgrades to ensure that the production of Covaxin continues to meet ever increasing global regulatory requirements".

Since patient safety is the primary consideration for any new vaccine, there can be no compromises in meeting operational excellence objectives, the company noted.

As a vaccine manufacturer, safety is the primary consideration for any vaccine, and hence safety and efficacy will continue to be of paramount importance.

The company strongly affirms that continued usage of Covaxin is beneficial in the fight against COVID-19 globally, it said.

The World Health Organization (WHO) has confirmed it has suspended the supply of Covaxin, produced by city-based Bharat Biotech, through UN procurement agencies and recommending to countries that received the covid vaccine to take actions as appropriate.

A statement issued by WHO on Saturday said the suspension is in response to the outcomes of its post EUL (emergency use authorisation) inspection held between March 14 22, 2022 and the need to conduct process and facility upgrade to address recently identified GMP (good manufacturing practice) deficiencies.

There will be interruption of supply of Covaxin due to suspension of production for export, WHO said. The risk assessment to date does not indicate change in the risk-benefit ratio. The data, available to WHO, indicate the vaccine is effective and no safety concern exists, WHO said.

Company officials could not be reached immediately for a response.

Bharat Biotech on April 1 announced the temporary slowing down of production of its covid-19 vaccine Covaxin across its manufacturing facilities, having completed its supply obligations to procurement agencies and foreseeing the decrease in demand.

During the recent WHO inspection, Bharat Biotech agreed with the former's team on the scope of the planned improvement activities and indicated that they will be executed as soon as possible.

The company has committed to comply by addressing the GMP deficiencies and is developing a corrective and preventive action plan, for submission to the Drugs Controller General of India (DCGI) and WHO.

In the interim and as a precautionary measure, the company has indicated its commitment to suspend its production of Covaxin for export, WHO said.