A total of 144 juveniles had been detained in the state after the Centre cancelled J&K's special status: Juvenile justice committee 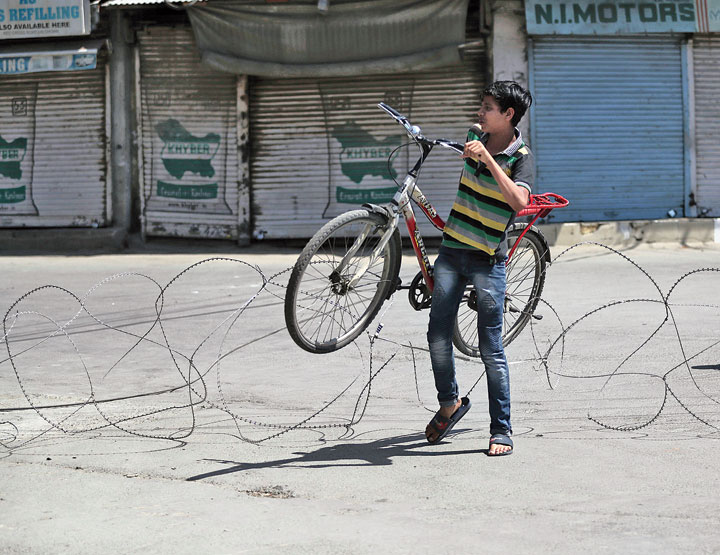 The juvenile justice committee of Jammu and Kashmir High Court has told the Supreme Court that children were detained in the state in the wake of the lockdown from August 5 but asserted that there was no truth in reports alleging that hundreds of innocent juveniles were being illegally detained.

The report was submitted to a bench of Justices N.V. Ramana, Sanjiv Khanna and Bhushan Gavai on Tuesday by the committee pursuant to a direction given by the top court on September 20.

The court had earlier directed the committee to submit a report on the veracity of the petition filed by child rights activist Enakshi Ganguly alleging large-scale violation of child rights by the security agencies and their illegal detention in the aftermath of the scrapping of Jammu and Kashmir’s special status.

“The state machinery has been constantly upholding the rule of law and not a single juvenile in conflict with law has been illegally detained…,” the committee told the court.

The committee offered a break-up of the inmates at two observation homes set up in Jammu and Kashmir. According to the committee, 36 juveniles in conflict with the law were kept at the observation home in Harwan, Srinagar, from August 5 to September 23, of whom 21 have been bailed out while enquires are going on with regard to the remaining 15.

Ten more juveniles in conflict with the law had been kept at an observation home at R.S. Pora in Jammu, of whom six have been bailed out and enquiries are being conducted on four others, the committee said.

News agency PTI reported that the committee had informed the Supreme Court that a total of 144 juveniles had been detained in the state after the Centre cancelled Jammu and Kashmir’s special status, but 142 of them had been released. This figure appeared to be the total number of minors detained in the state since August 5, not just at the two observation centres.

“It may be added here that in certain regular habeas corpus petitions (before the high court) challenging regular detention orders passed by district magistrates against them under the Public Safety Act, the detainees have claimed to be juveniles,” the committee said.

“Whenever such petitions come up before the different benches…, the (high) court is directing holding of enquiry to ascertain the factum of age ,and if the detainee is found to be a juvenile, appropriate order in accordance with law would follow.

It said there had been cases where it had been established by the investigating agencies that certain juveniles in conflict with the law were involved in stone pelting, rioting and causing damage to public and private property.

“It is only the procedure prescribed under the law that is being followed in such cases and clear instructions to that effect have been issued to subordinate police formations.

“The child welfare committees are effectively working in the state and the petition is only an exaggeration to settle some political score and to demoralise the state action which has only been within the parameters of the law,” the committee stated.

The Supreme Court took on record the report and asked the petitioner to file a counter-affidavit.