No evidence against Arnab in TRP scam, claims Republic TV 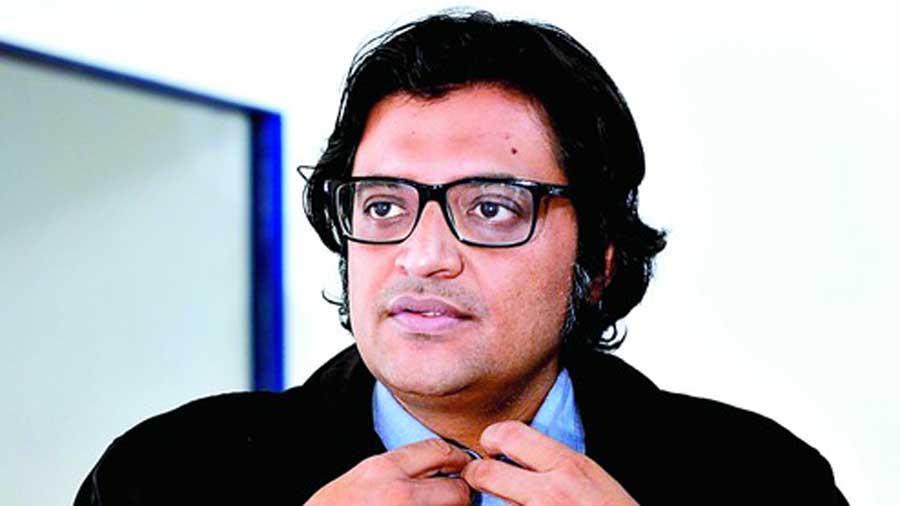 ARG Outlier Media, the company that runs all Republic TV channels, has told the Bombay High Court that the Mumbai police's charge sheet in the fake TRP scam did not disclose any evidence against Republic TV and its editor-in-chief Arnab Goswami, who is an accused in the case.

In a rejoinder affidavit filed on Tuesday in the high court to counter the police's charge sheet, the company said the police had "falsely implicated" its employees in the case.

It said the entire case against its channels and employees arose out of an "unparalleled political vendetta" and a "deeply malicious witch hunt".

The company also said its employees had been targeted for the "fearless news reporting" done by the Republic TV on the Maharashtra police's investigation into the case of actor Sushant Singh Rajput's death and Palghar lynching incident of last year.

Rajput was found hanging at his home in Mumbai's Bandra area in June last year.

The ARG Outlier Media in its affidavit said Hansa Research Group, the original complainant in the case, had not named the Republic TV or its employees in its complaints.

The company further said the Mumbai police's crime branch too had not found any evidence against its channels or employees, and yet, the police named its channels and their employees, including their top management, as accused and suspects in its charge sheet.

"The charge sheet though voluminous in weight is negligible in evidence against petitioners," the affidavit said, adding "there is not a single shred of evidence of wrongdoing in the charge sheet".

The company has also alleged in the affidavit that the police harassed and physically tortured some of its employees, including Assistant Vice President Ghanshyam Singh.

It said Singh, CEO Vikas Khanchandani, and some others were pressurised to implicate the Republic TV and other accused persons in the case.

"It is a matter of public record that Mr Singh was physically and medically tortured in custody to falsely self incriminate, and to falsely incriminate his organisation," the affidavit said.

The company also said the purported WhatsApp chats between Arnab Goswami and Partho Dasgupta, the former CEO of Broadcast Audience Research Council (BARC), were selectively leaked by the police to "create prejudice".

It also said in the affidavit that no actual stakeholders, be it advertisers, or media houses, which were supposedly affected by the alleged fake TRP scam, had come forward as complainants in the case.

The Mumbai police last month filed two affidavits in the case through city Commissioner of Police Parambir Singh, and ACP Shashank Sandbhor of the crime branch, saying the police had not targeted the Republic TV or its employees.

The police said their probe was not a result of any political vendetta.

A bench of Justices SS Shinde and Manish Pitale is presiding over a bunch of pleas filed by the ARG Outlier Media, seeking, among other things, that no coercive action be taken against its employees and the probe be transferred from the Mumbai police to the CBI or any other independent agency.