No decision on supporting Sena yet: NCP, Congress

Shiv Sena, which had contested the elections in alliance with the BJP, approached the Congress-NCP officially only on Monday 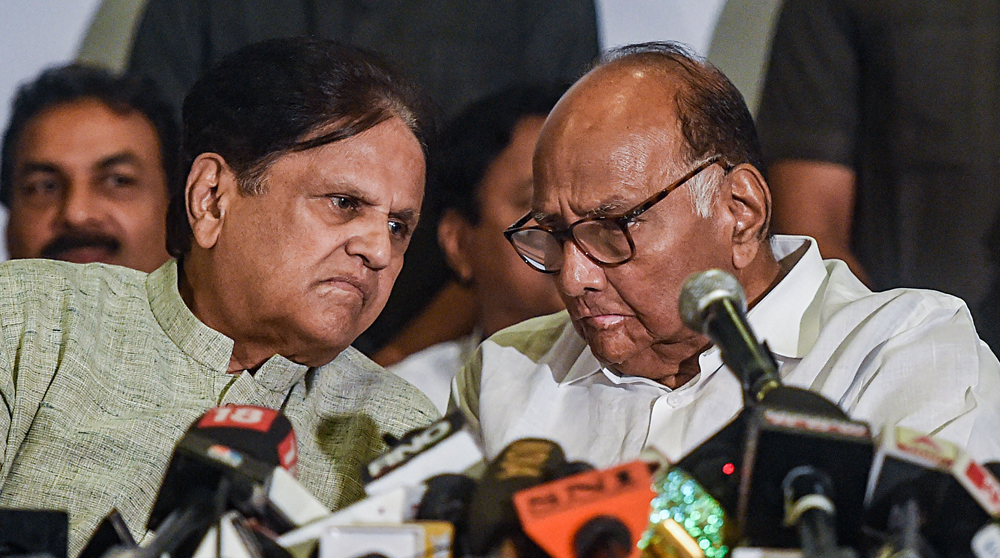 The Congress and the Nationalist Congress Party on Tuesday evening said that they had yet not taken any decision about supporting the Shiv Sena to form government in Maharashtra but will hold further discussions.

At a joint press conference with Congress leaders, NCP president Sharad Pawar said the two parties will discuss and evolve a consensus on what should be the policies and programs if the Shiv Sena was to be supported.

The press conference was attended by Congress leaders Ahmed Patel, Mallikarjun Kharge and K.C. Veugopal, deputed by the party president Sonia Gandhi to hold further talks with the NCP on the issue.

”We (Congress and NCP leaders) discussed the nitty gritty of a (possible) common minimum programme to ensure the government functions smoothly,” he said.

Ahmed Patel said the Shiv Sena, which had contested the elections in alliance with the BJP, approached the Congress-NCP officially only on Monday, seeking support to form the next government.

The Shiv Sena on Monday suffered a setback in its efforts to cobble up a non-BJP government in Maharashtra with the Congress at the last moment announcing its decision to hold more talks with ally NCP on supporting the Uddhav Thackeray-led party.