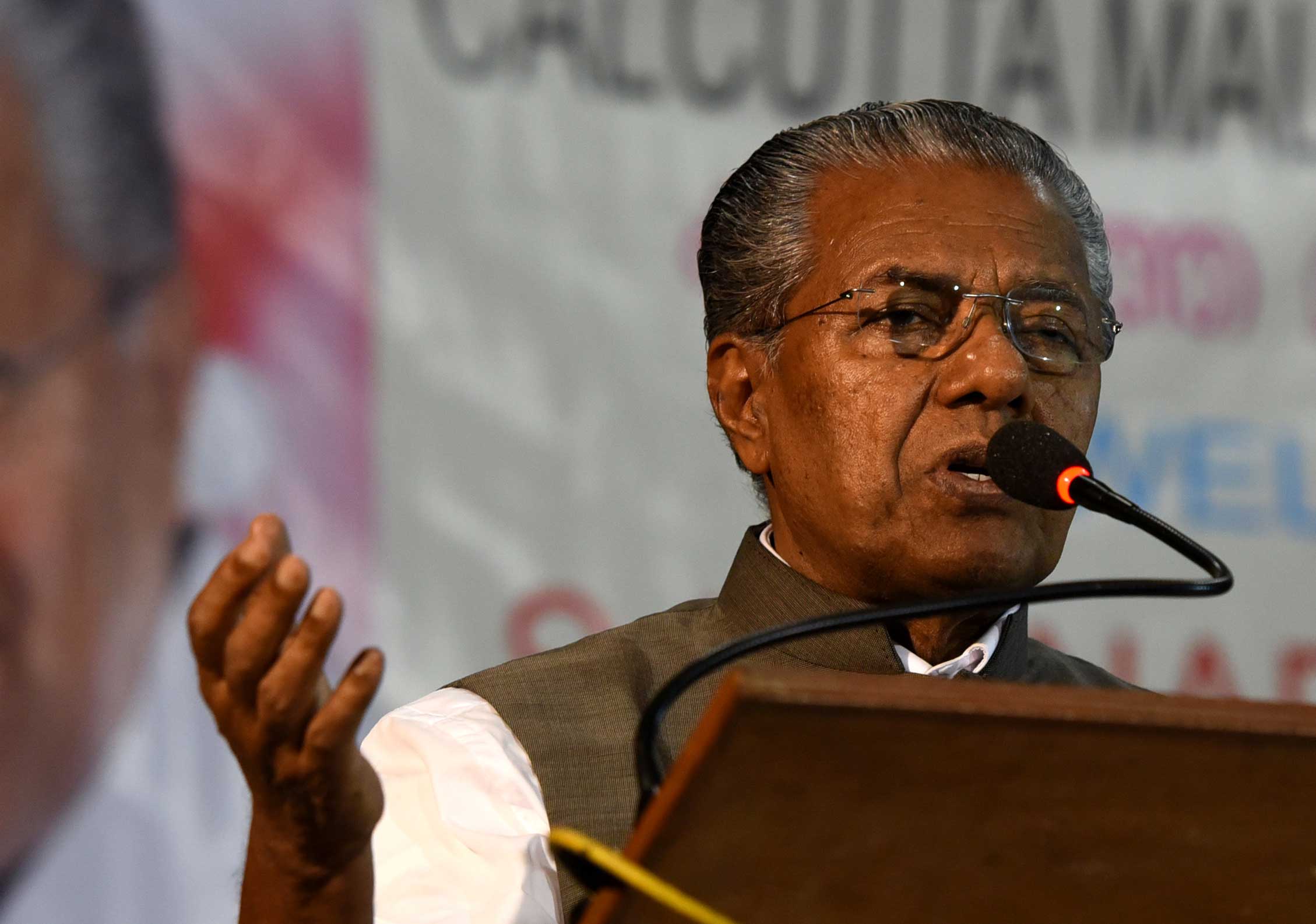 Pinarayi Vijayan dismissed the election setback as a “temporary reversal”, suggesting many Left supporters had voted for the Congress expecting it to defeat the BJP at the Centre.
Telegraph file picture
K.M. Rakesh   |   Bangalore   |   Published 30.05.19, 09:07 PM

Kerala chief minister Pinarayi Vijayan has indicated he would not buckle under the pressure of being called “arrogant” and would continue taking a tough stand against communal politics.

“We saw communal forces run amok in the state. They expected a docile government that would do their bidding. We opposed them and I took a strong stand in fulfilling the responsibilities vested in me (as chief minister). If this is arrogance, I will continue being so,” Vijayan told the Kerala Assembly on Wednesday.

The chief minister was replying to leader of the Opposition Ramesh Chennithala, who had called him “arrogant” for refusing to own moral responsibility for the Left Democratic Front’s debacle in the general election, where it won just one of Kerala’s 20 seats.

Vijayan dismissed the election setback as a “temporary reversal”, suggesting many Left supporters had voted for the Congress expecting it to defeat the BJP at the Centre.

He said his government would identify all those who had misled people over the Sabarimala controversy to try and disturb communal peace in the state.

Sangh parivar activists had conducted violent protests against the state government’s attempts to implement a Supreme Court order to allow women of all ages to enter the Sabarimala temple, portraying the move as an attack on Hindu traditions.

Vijayan was called “arrogant” for enforcing the court order against many devotees’ wishes. The Congress too had opposed the government move.

“We had accepted and implemented the court order. We cannot stand and watch if women’s rights are violated,” Vijayan told the Assembly.

To counter the Sangh parivar, the Kerala government had organised a 620km “women’s wall” on January 1.

“If any attempt is made to destroy the values of the ‘renaissance’ in the state, we will use more force (to resist such moves),” Vijayan said.

He added that the state government was bound to carry out the court order, anyway. “As a constitutional body, the government has no other option. Any other government would have done what we did,” Vijayan said.

“If the court happens to change its order, the government will implement that as well.”

Many political observers have attributed the Left’s poor showing in the Lok Sabha polls to its insistence on implementing last September’s Sabarimala judgment.

When reporters asked Vijayan a day after the poll results whether he would change his “arrogant” style of functioning, he had replied: “My style will remain my style. There won’t be any changes. I am where I am because of that style. So that will stay.”

However, a determined government had paved the way for women of childbearing age to enter the temple, although only two — Bindu and Kanakadurga — eventually made it.

Mobs of devotees, which included senior BJP leaders, had kept vigil at all entry points to the hill shrine to stop women of childbearing age from entering the temple.

Tradition prohibits women between the ages of 10 and 50 years from entering the shrine because the presiding deity, Ayyappan, is a celibate.