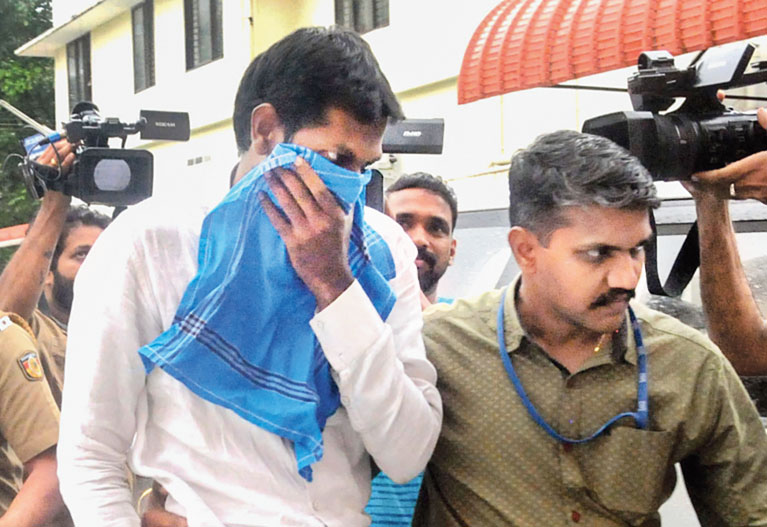 The National Investigation Agency on Thursday raided more than 10 locations in Tamil Nadu to probe a suspected link between an alleged local module of the Islamic State and the Easter Sunday bombings in Sri Lanka that killed over 250 people.

An NIA official said Azarudeen, 32, was a Facebook friend of Zahran Hashim, alleged mastermind of the Sri Lanka bombings, and headed a suspected Islamic State module operating in Kerala and Tamil Nadu.

“Azarudeen and his associates from the module have been sharing radical content on social media that has been attributed to Zahran Hashim,” an NIA official said.

On May 30 this year, the NIA had registered a case against the suspected Tamil Nadu-Kerala module. This week’s raids, the agency official said, are being conducted on suspicion that the Sri Lankan bombers had procured the explosives from Tamil Nadu and Kerala.

Among those detained in the raids are Akram Sindhaa, 26, Y. Shiek Hidayathullah, 38, Abubacker M, 29, Sadham Hussain A, 26, and Ibrahim alias Shahin Shah, 28.

Sources said Azarudeen had been maintaining a Facebook page under the name “KhilafahGFX” to propagate the Islamic State ideology and recruit youth for terror attacks in south India, especially Kerala and Tamil Nadu.

“Azarudeen has been a Facebook friend of Sri Lankan suicide bomber Zahran Hashim; and other members of the module have also been sharing radical content attributed to Hashim over social media,” the NIA official said.

It said a dagger, an electric baton, 300 airgun pellets and several documents had also been seized from the homes and workplaces of the accused along with pamphlets of the controversial Popular Front of India and its political arm, the Social Democratic Party of India.

The two outfits have long been accused of extremist links.

The NIA spokesperson said the accused were being questioned about the “incriminating” material seized during the searches.