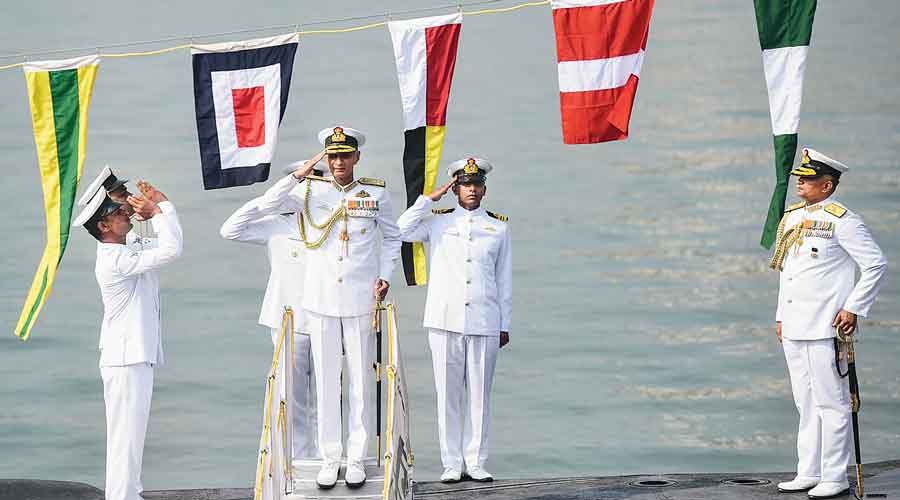 India’s navy is closely watching the defence cooperation between China and Pakistan, particularly Beijing’s export of ships and submarines to Islamabad, the chief of India’s naval staff said on Thursday.

Admiral Karambir Singh said India had to stay prepared since the development would affect the security dynamics in the region.

“We are closely monitoring the defence cooperation between China and Pakistan. The recent procurements by Pakistan from China may change the security dynamics, so we need to remain cautious and be prepared for this,” he said.

Singh, attending the commissioning of INS Vela, a Scorpene-class submarine, at the Mumbai naval dockyard, was answering a question on China delivering to Pakistan its largest and most advanced warship earlier this month.

India’s security establishment has been hinting at a joint threat from Pakistan and China amid the border standoff in Ladakh.

According to an Intelligence Bureau report, several sites in Pakistan-occupied Kashmir are witnessing rapid construction to install military infrastructure with Chinese help. One of the projects is a surface-to-air missile defence system near Lasadanna Dhok in PoK.

Admiral Singh said that INS Vela had the capability to undertake an entire spectrum of submarine operations.

“Given today’s dynamic and complex security situation, its capability and firepower will play a crucial role in enhancing the navy’s ability to protect India’s maritime interests,” he said.

In a statement, the navy said INS Vela was the fourth in a series of six submarines envisaged by Project-75.

“The submarines are extremely potent platforms, they have advanced stealth features and are also equipped with both long-range guided torpedoes as well as anti-ship missiles. These submarines have a state of the art SONAR and sensor suite permitting outstanding operational capabilities,” it said.