Bid to crush apprehensions spread by 'nefarious and vested interests' 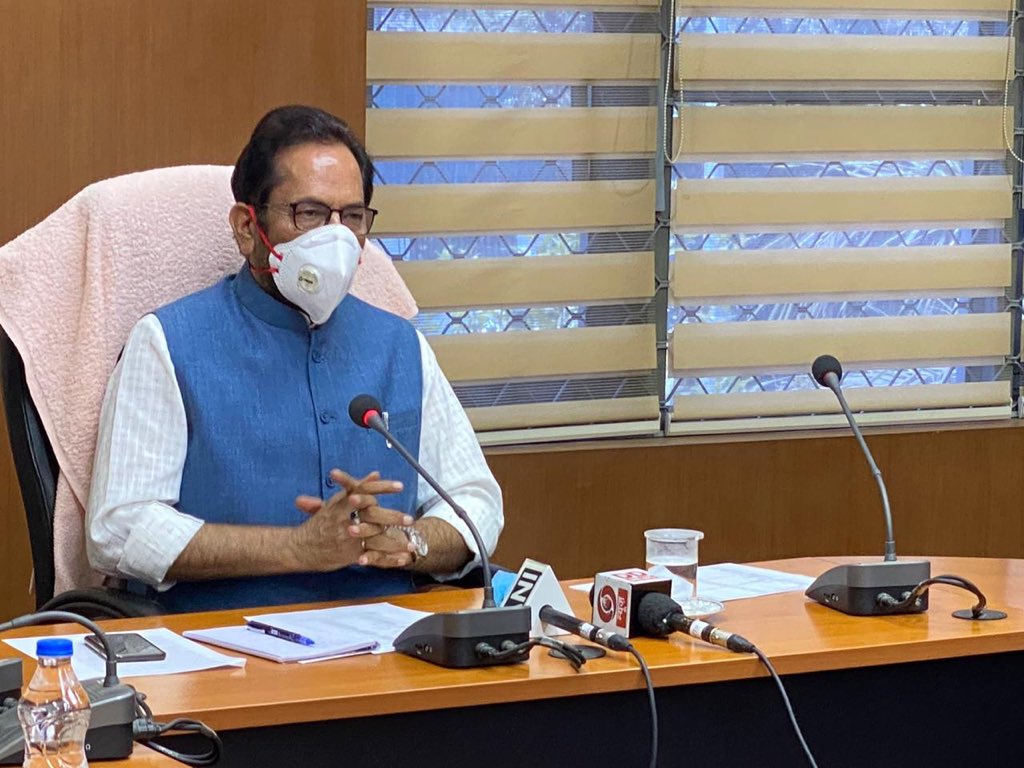 A nationwide campaign will be launched by social and educational institutions to curb and crush rumours and apprehensions spread by nefarious and vested interests" about the world's largest anti-coronavirus vaccination drive being conducted in India, Union Minister for Minority Affairs Mukhtar Abbas Naqvi said here on Thursday.

State Haj committees, Waqf boards, their associate organisations, Central Waqf Council, Maulana Azad Education Foundation and other social and educational institutions will be part of the campaign Jaan Hai To Jahaan Hai , to be launched especially in villages and remote areas of the country, he said.

The senior BJP minister said Women Self Help Groups will also be included in the campaign. These groups will inform the people about some narrow-minded self-interests creating fear and confusion on the vaccines.

Such elements are enemy of health and well-being of the people, he told reporters.

The above-named organisations and groups will encourage people to get vaccinated to tackle the pandemic, the minister said.

Unfortunately some narrow-minded elements are creating confusion and fear on the vaccination front. They are not only enemies of the health and well-being of the people but also of the country. We have to remain cautious of such people, Naqvi said.

The Central government led by Prime Minister Narendra Modi is running the world's largest Covid vaccination drive in India, Naqvi said. As many as 24.30 crore people in India have been vaccinated so far, he said.

Naqvi who chaired the Haj 2021 review meeting at Haj House in south Mumbai earlier in the day, said preparations regarding this year's Haj are complete, but keeping in view the pandemic, India will stand with the Saudi Arabian government's decision on the annual pilgrimage.