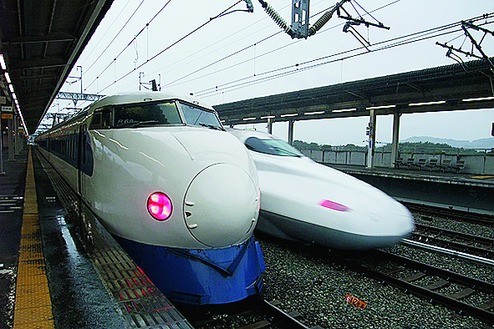 National High Speed Railway Corporation Limited (NHSRCL) has invited bids for the construction of a 21-km-long tunnel, seven km of which will be under the sea, for the Mumbai-Ahmedabad High Speed Rail Corridor.

The work on the corridor has gained momentum after the change in government in Maharashtra, with tenders, which were previously floated and withdrawn, being renewed again, sources said.

Considered the highlight of the project, the tunnel will be built between the underground station at Bandra-Kurla Complex and Shilphata in Thane district of Maharashtra -- thus connecting the two cities.

The tunnel will be built using tunnel boring machine and the New Austrian Tunneling Method (NATM), according to the tender document.

The tunnel will be a single-tube tunnel to accommodate twin tracks. The section will include the construction of 39 equipment rooms at 37 locations adjoining the tunnel location.

Three TBMs will be used to make about 16 km of the tunnel portion and the remaining 5 km will be through NATM.

This tunnel will be about 25 to 65 metre deep from the ground level and the deepest construction point will be 114 metre below the Parsik hill near Shilphata.

The bids for the design and construction of underground Bandra Kurla Complex high speed rail station, including cut and cover length of 467m and ventilation shaft of 66 metre, was floated on July 22 and bids submission end date is October 22.

In November last year, NHSRCL had invited bids for underground tunnelling works for the project. But it was cancelled this year with officials citing "administrative reasons".

In 2019, NHSRCL had first invited tenders for the project but didn't attract any bidder. It again floated tenders in November 2021.