Give the youth a chance and let people decide, says National Conference chief 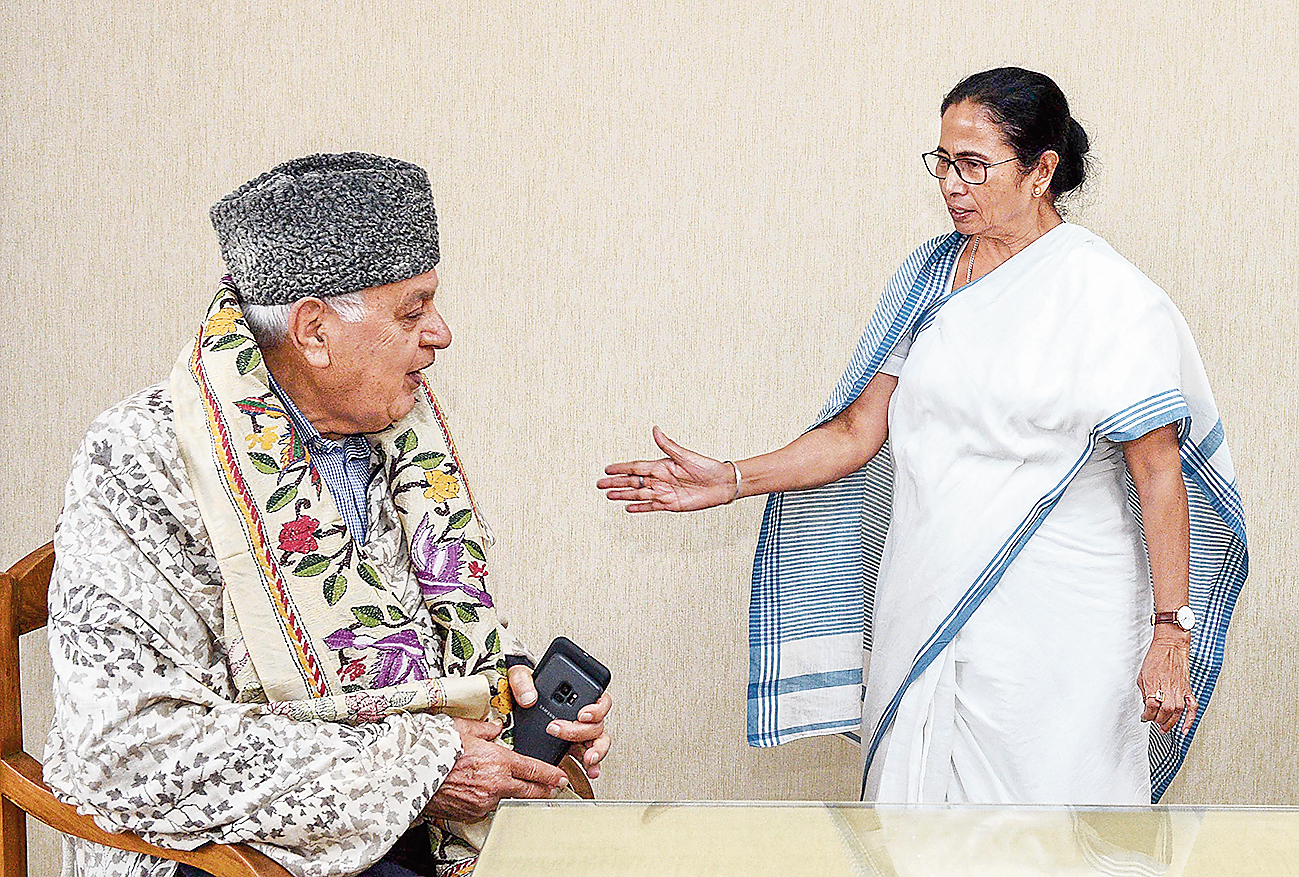 The former Jammu and Kashmir chief minister, here for a Bharat Chamber of Commerce event, said the recent state election results had shown that Rahul had broken out of the “Pappu” stereotype the BJP had created for him.

“Rahul Gandhi has proven his mettle in three states (Madhya Pradesh, Chhattisgarh and Rajasthan) and is no longer a Pappu,” the 81-year-old said when he was asked at an interactive session if Rahul would make a good Prime Minister. “Give the youth a chance, and then let the people decide what they want,” he added.

On Sunday, DMK chief M.K. Stalin had become the first Opposition leader to unequivocally back Rahul as the prime ministerial candidate. His comments were apparently not well received by all the Opposition parties, particularly the Trinamul Congress.

Samajwadi Party chief Akhilesh Yadav said on Tuesday that Stalin’s views did not necessarily reflect those of every party that could be part of an Opposition alliance during the general election.

Shortly after endorsing Rahul’s candidature, Abdullah met Bengal chief minister Mamata Banerjee at Nabanna. “I came here to meet my sister (Mamata),” he said at the end of the 30-minute meeting, Mamata by his side. “We need to increase our strength, the strength we will use to defeat the BJP across the country.”

Farooq said the country was “like a house on fire” under BJP rule. “Look at me — I can’t even move around freely in my own country. These troops have to follow me everywhere I go. Look at what the actor (Naseeruddin Shah) said yesterday, and he is completely right,” he said.

On Thursday, Shah had cited the “spread” of the “poison” of communalism in the country and said he feared for his children because they had no religion.

Farooq said: “The BJP did nothing for four years and is stoking communal flames right now to make idiots out of you before the elections. Mark my words: if we stop creating this disharmony among ourselves, Pakistan cannot touch us.”

Asked about his predictions for the 2019 Lok Sabha elections, he joked that he was not a seer but hoped the Opposition would win.

The National Conference had intermittently been a Congress ally at the state level for decades before becoming a national ally of the BJP during Atal Bihari Vajpayee’s term as Prime Minister. It again formed a state-level coalition with the Congress in 2008 but walked out in 2014.

The party is expected to be part of an anti-BJP alliance during next year’s general election, possibly side by side with arch-rival PDP.