Advertisement
Home / India / Modi's defence policy for India ensures no one can challenge its borders: Shah

Modi's defence policy for India ensures no one can challenge its borders: Shah

We have to prepare for use of artificial intelligence and robotics by Pakistan based terror groups, says home minister 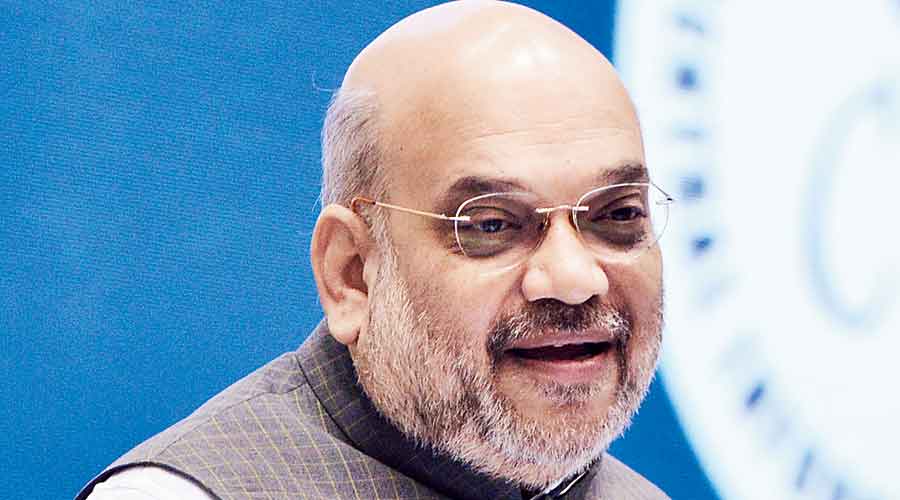 India's security policy was either "influenced or was overlapping" with the foreign policy and it was only after Narendra Modi became prime minister that the country got an independent security strategy, Union Home Minister Amit Shah said on Saturday.

Shah was delivering the 'Rustamji memorial lecture' and it was being attended by personnel and officers of the Border Security Force (BSF).

He also gave way gallantry medals to serving personnel and for those killed in the line of duty from the country's largest frontier force.

"I used to think if there is a security policy of this country or not? Till Narendra Modi became the prime minister we did not have any independent security policy," Shah said.

After Narendra Modi became prime minister, the country got an independent security policy, he added.

"Our idea is to have peaceful relations with all but if someone disturbs our borders, if someone challenges our sovereignty, the priority of our security policy is that such an attempt will be replied in the same language," Shah said.

He said this security policy was a "big achievement" as the country wanted such a good plan.

"I believe without this (security policy) neither the country can progress nor democracy can prosper," the home minister said

"Modiji (PM) has done this big job. I do not want to give examples as it is well known," he said adding the policy was made operational on the ground by his government.

Shah also declared that his government is working to ensure that there "will be no gap in the fencing" along India's borders by 2022.

He said about three per cent of the country's border was unfenced at present and this has left a "big space" for infiltration of terrorists and other border crimes like smuggling of arms, ammunition and narcotics among others.

The home minister said India will soon develop indigenous counter-drone technology which is being carried out by technical organisations like the DRDO and some other agencies.

His comments come in the backdrop of the first time drone attack on the IAF station in Jammu last month where two unmanned aerial vehicles dropped bombs injuring two airmen and damaging a portion of a building inside.

The minister added that the security and technology development establishment was also working on artificial intelligence and robotic technologies as part of a long drawn project.

The about 2.65 lakh personnel strong, the BSF guards over 6,300 kms of Indian fronts with Pakistan and Bangladesh.

The memorial lecture and investiture ceremony is an annual affair to remember the contribution of its first chief or director general (DG) K F Rustamji.

A officer of the 1938 batch of the British time Imperial Police, Rustamji headed the BSF for nine years. He died in 2003.