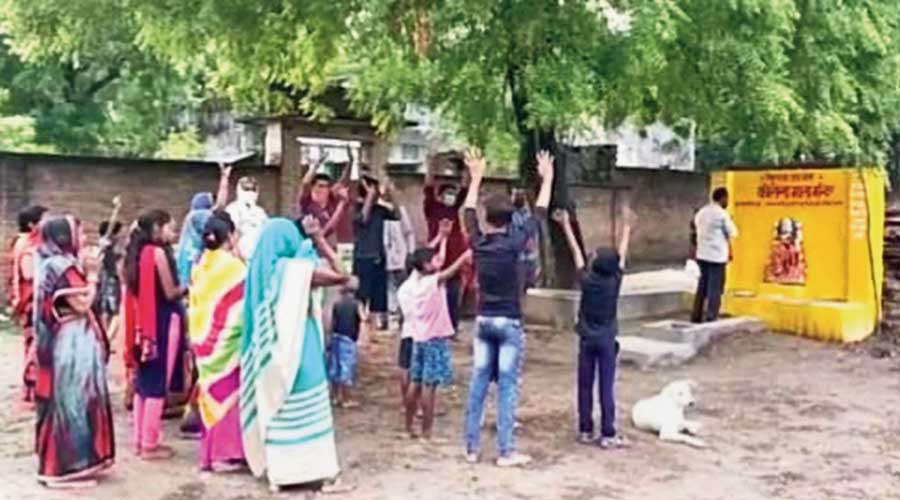 Prime Minister Narendra Modi has been holding meetings with Union ministers and BJP leaders at a hectic pace, apparently to work out ways of refurbishing the image of his government and leadership now battered by charges of Covid mismanagement.

A deep sense of wariness has beset the ruling dispensation given the way the epidemic’s second wave in India has attracted global spotlight on the Modi government’s failures.

While government sources have been tight-lipped about what exactly is being planned to divert attention from the Covid situation, there’s speculation in the power corridors about a cabinet shuffle and the launch of a big-ticket social welfare scheme.

“A lot of negativity about India in general and Narendra Modi in particular has been spread by our ideological rivals. We have to change all that,” a BJP politician said.

He said that everyone in the BJP had been asked to step up public contact programmes.

Government sources have played down the hectic series of meetings, saying they are part of an annual review of key ministries that the Prime Minister undertakes.

Modi was closeted with a group of ministers and department officials for over five hours on Thursday, reviewing their performance. BJP president J.P. Nadda was at the meeting, a possible indication that some from the government could be moved to the party and vice versa.

In BJP circles, the heightened activity at the Prime Minister’s residence is being seen as preparation for something big to generate a positive buzz. There is expectation about big announcements before the monsoon session of Parliament, likely to begin in July.

A cabinet expansion has been speculated about for a long time, given the number of vacancies and the additional responsibilities being borne by many ministers.

Jyotiraditya Scindia, who defected from the Congress and helped the BJP capture power in his home state of Madhya Pradesh, has been waiting since last year to be rewarded, BJP insiders said. Scindia has been elected to the Rajya Sabha and expects a prominent berth in the Modi government.

Besides, BJP sources said, a cabinet expansion could also help the party ahead of the Assembly elections next year in five states, including the key state of Uttar Pradesh.

For instance, they said, Apna Dal chief Anupriya Patel, a disgruntled ally from Uttar Pradesh who was a minister in the first Modi government, could be re-indicted to get the support of her backward caste community of Kurmis.

But the expectations and curiosity are centred more on the possible social schemes the government might be planning.

They added that Modi’s recent announcement of the “corrective measure” of facilitating free vaccination for all adults too would go some way in improving the government’s image.