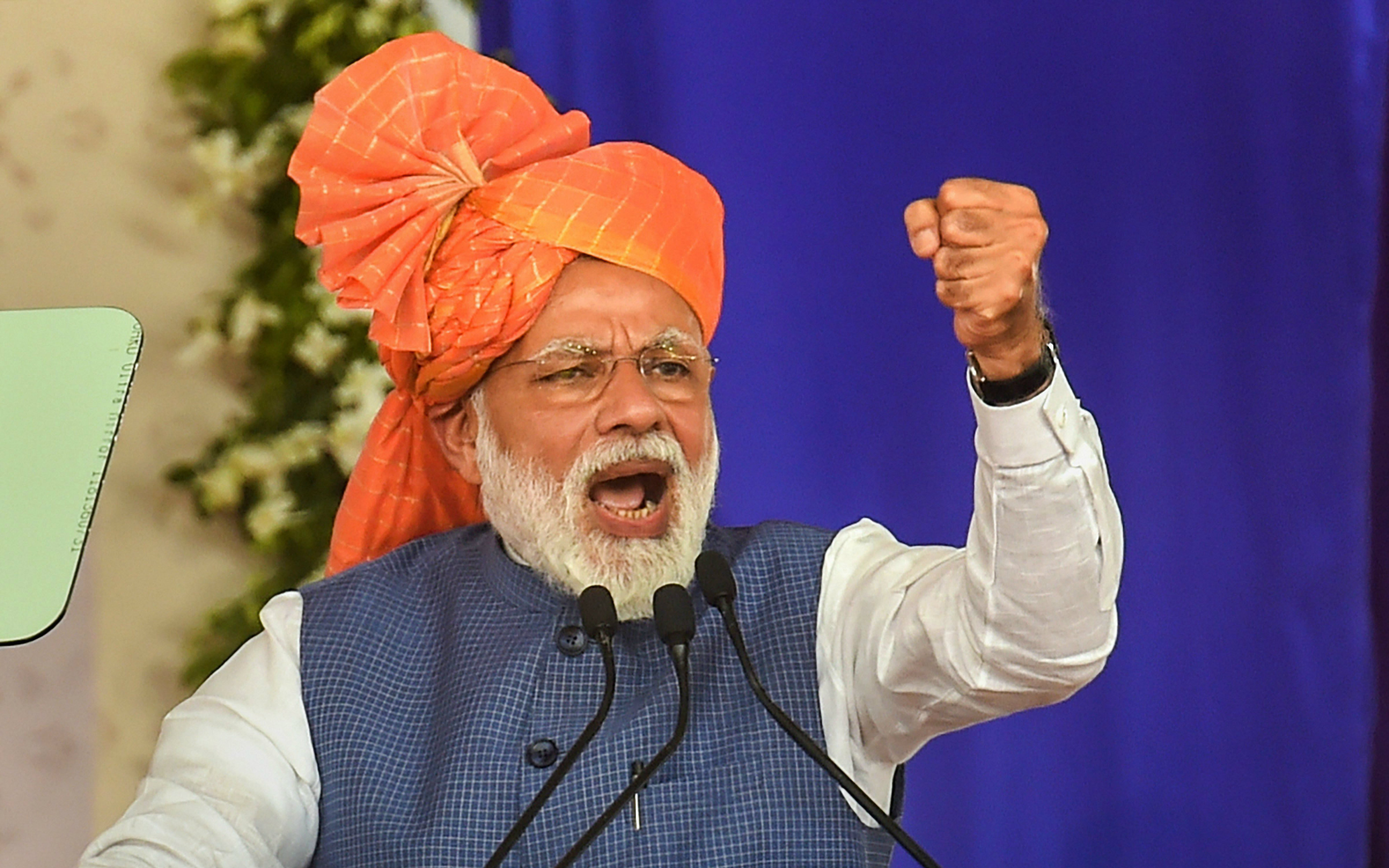 India gave a befitting reply to the Pulwama attack by entering the den of terrorists in Pakistan, Prime Minister Narendra Modi said on Tuesday.

'India gave a befitting reply to Pulwama attack by entering den of terrorists. We have told them (Pakistan), if they don't improve, they know what will happen to them,' Modi said at a rally in Dhar district of Madhya Pradesh.

Hitting out at the Opposition parties for seeking proof of the Indian Air Force's action on Jaish-e-Mohammed's terror camp last week, Modi said the air strike happened in Pakistan, but 'some of those sitting in India were hit by it'.

'Though the air strike took place in Pakistan, it has pained some people sitting in India,' Modi said. 'People the world over feel that we have done the right thing by replying to the Pulwana terror attack.'.


Though the air strike took place in Pakistan, it has pained some people sitting in India.... These 'mahamilavati' persons have become the poster boys of Pakistan.
- Narendra Modi


Taking a swipe at attempts to cobble up a mahagathbandhan against the BJP, the Prime Minister said the Opposition leaders are doing 'mahamilavat' in Pakistan's favour.

'These 'mahamilavati' persons have become the poster boys of Pakistan by calling it an ambassador of peace. They are misleading the people of the country and trying to demoralise our armed forces by asking for proof of the IAF air strike,' Modi said.

Without naming senior Congress leader Digvijaya Singh, he said a leader described the Pulwama attack as an 'accident' and dubbed slain al-Qaida terrorist Osama bin Laden an 'ambassador of peace'.

'A leader close to the Congress's naamdar (Rahul Gandhi) family has termed the Pulwama attack a mere accident. He also considers Osama bin Laden a shantidoot (ambassador of peace). He is the same person who gave Pakistan a clean chit after the (26/11) Mumbai terror attack and tried to mislead the investigation (into it),' Modi said.

Another senior leader close to the Congress's 'namdaar' family shed tears after the Batla House encounter, he said. 'The party whose leaders shed tears on the death of terrorists can't be expected to wipe out terrorism,' the Prime Minister said.