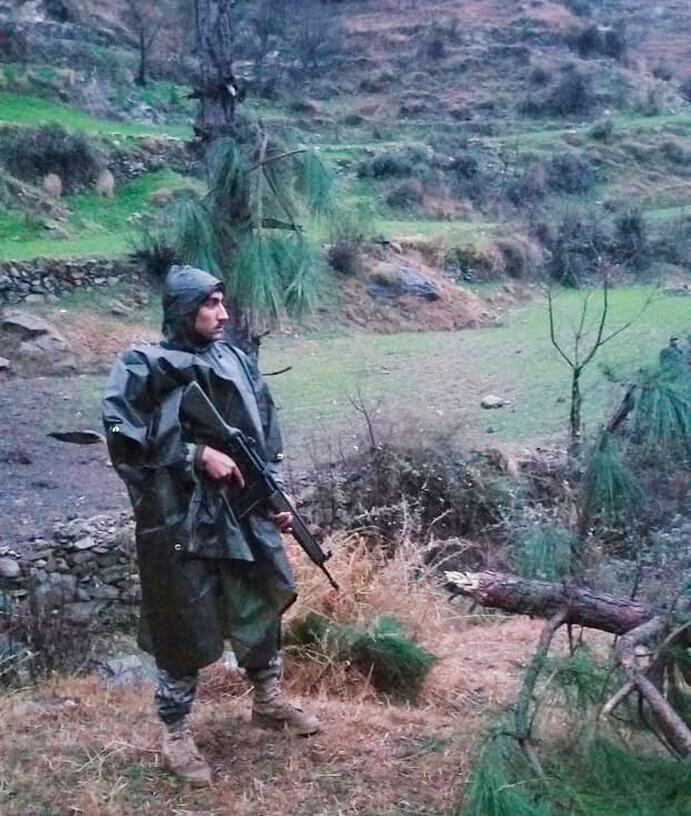 The Congress on Monday attacked the Prime Minister for his “lies” and “false promises”, questioned the government on the varying accounts of casualties in the Balakot air strikes and asked why the Election Commission had not announced the poll dates yet.

“BJP president Amit Shah says 250 killed, others say 300, some said 350. Where from are these figures coming? The Prime Minister should come upfront and tell the truth. Air Chief Dhanoa didn’t give any numbers. Why is the BJP misleading people?” Congress spokesperson R.P.N. Singh asked at a news conference.

The Indian Air Force chief, Air Chief Marshal B.S. Dhanoa, had said earlier in the day that the force could not say how many people were killed in the air strikes.

Another Congress spokesperson, Manish Tewari, tweeted: “Air Chief Marshal Dhanoa says IAF cannot count the number of people dead in the Balakot airstrike but Amit Shah says 250 terrorists were killed. Where did the BJP president get these numbers from, he must explain?”

Singh accused the BJP of “blatantly politicising the military action”. “Posters have come up giving all credit to Modiji,” he said.

While Modi and Shah were accusing the Congress of politicising the air strikes, “the entire country is seeing what is happening”, he said. “Rahul Gandhi extended full support to the government and suspended political attacks,” Singh added.

Senior leader Digvijaya Singh had questioned the number of casualties claimed by the BJP leaders on Sunday, and stuck to his position on Monday.

Former finance minister P. Chidambaram tweeted: “As a proud citizen, I am prepared to believe my government. But if we want the world to believe, the government must make the effort, not indulge in Opposition-bashing. IAF Vice Air Marshal declined to comment on casualties. Ministry of External Affairs statement said there were no civilian or military casualties. So, who put out the number of casualties as 300-350?”

The irrepressible Punjab minister, Navjot Singh Sidhu, too joined the debate with a series of tweets: “Stop politicizing the Army for your political motives. Army is as sacred as the state! Stop deflecting the real issues, they will come back to haunt you. Job loss, black money, 1708 terrorist acts, NPAs, farmer suicides — All this gone, because your ‘so-called’ propaganda war is on? 300 terrorists dead, Yes or No? What was the purpose then? Were you uprooting terrorist or trees? Was it an election gimmick?”

The Congress also abandoned its self-imposed restraint and gunned for the government on several other issues.

A social media campaign with the hashtag ‘Modilies’ was run by the party after party president Rahul Gandhi asked the Prime Minister if he had “no shame” in lying.

Reacting to Modi’s visit to Amethi on Sunday, Rahul tweeted: “Dear Prime Minister, I had laid the foundation stone of the Amethi Ordnance Factory in 2010. For several years, small arms are being manufactured there. You went to Amethi yesterday and, as is your wont, lied again. Do you have no shame at all?”

The Congress also posted a video saying Modi had mastered the art of lying.

The Twitter campaign dwelt on Modi’s “false promises”, from giving Rs 15 lakh to everyone to doubling farm income, on employment and on the economy. The party said: “As much as Modi tries to change India’s history, Indians will never forget. Every time he lies about past leaders or events, his own insecurities become glaringly obvious.”

The party also asked why the election dates had not been announced yet. Senior leader Ahmed Patel tweeted: “Is the Election Commission waiting for the Prime Minister’s ‘official’ travel programs to conclude before announcing dates for General Elections? Using government functions as an excuse for political rallies, flooding TV/radio and print with political ads, it is seems that EC is giving the government a long rope to campaign till the last moment using public money.” In 2014, the election schedule was announced on March 5.