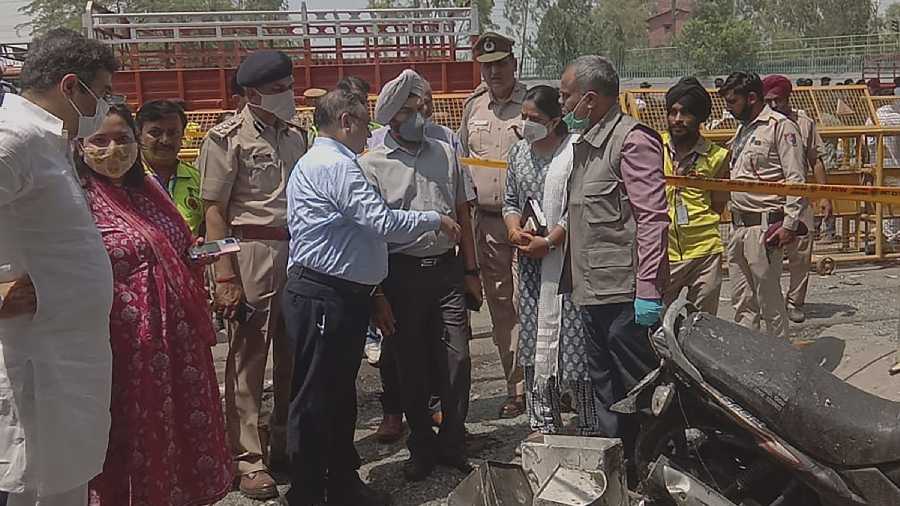 Members of the Forensic Science Laboratory team collect samples from the site, where a fire broke out in an office building near the Mundka Metro Station, in West Delhi
PTI picture
Our Bureau, PTI   |   New Delhi   |   Published 15.05.22, 11:41 AM

The absconding owner of a building in outer Delhi's Mundka, where a massive fire broke out leaving 27 people dead, has been arrested two days after the incident, police said on Sunday.

Twenty-seven people, including 21 women, have died in the blaze that started on the first floor of the four-storey building on Friday.

Lakhra is a resident of Mundka village, he said.

Nineteen people are still missing and there was little hope of finding survivors.