'The main accused in the case is a post-graduate in organic chemistry, who got the formula of producing the drug through experiments' 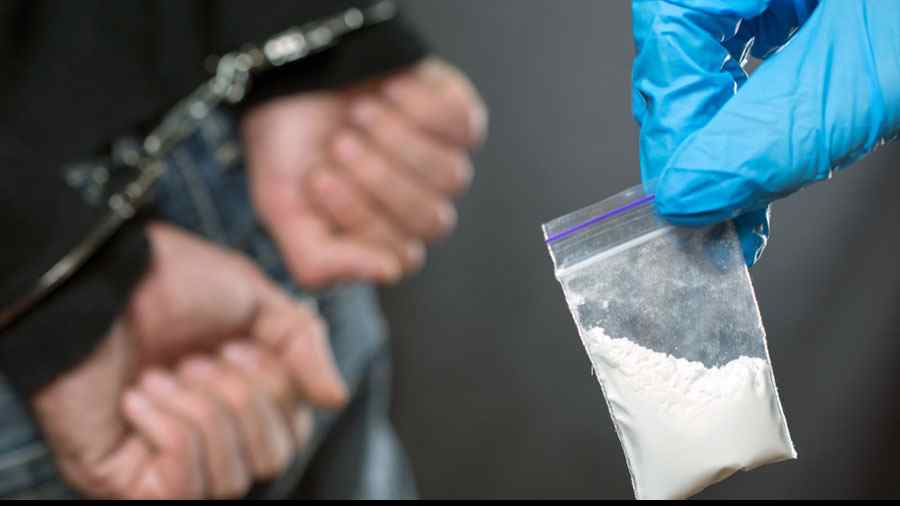 Mumbai police seized more than 700 kilograms of mephedrone worth Rs 1,400 crore following a raid at a drug manufacturing unit in Nalasopara of Palghar district, and arrested five persons, an official said here on Thursday.

The Anti-Narcotics Cell (ANC) of the Mumbai crime branch conducted the raid at the unit located in Nalasopara (west) on Wednesday and recovered the contraband that was meant to be supplied to drug peddlers in Mumbai and its neighbouring areas, an official said.

“The main accused in the case is a post-graduate in organic chemistry, who got the formula of producing mephedrone through experiments,” he said, adding that one of the other four arrested accused is a woman.

"The raid was carried out based on specific inputs, which the ANC's Worli team had received after the arrest of a drug peddler from Govandi, a suburb in Mumbai, in March this year. Mephedrone weighing 250 grams had been recovered from him at that time," he said.

During his interrogation, the ANC officials learnt that some more persons were involved in the illegal activity, following which they arrested the woman and one more person, and seized 2.760 kg of mephedrone.

Continuing its probe into the supply chain, Mumbai police on Tuesday arrested one more accused and nabbed the main accused a day later following the raid at his Nalasopara unit.

During the probe, it came to light that the main accused himself was manufacturing the banned drug, he said.

"The main accused is a 52-year-old man, who holds a postgraduate degree in organic chemistry. After experimenting with various chemicals, he found out the formula of producing mephedrone," he said, adding that he was producing "high quality" substance.

Police are investigating the whole supply chain and the financial trails of the drug traffickers, he said.

"Wholesalers in the drug trade used to contact him for mephedrone and he was not selling the banned substance less than 25 kg in quantity," he said.

“Of the total five accused, four were arrested in Mumbai, while one person was held in Nalasopara,” the official said, adding that various angles were being probed in the case.

He also said that this is one of the biggest drug hauls by the city police in recent times.

Mephedrone, also known as 'meow meow' or MD, is a synthetic stimulant a psychotropic substance banned under the Narcotic Drugs and Psychotropic Substances (NDPS) Act.