Advertisement
Home / India / Mulayam and Mayawati share stage after decades, praise each other

Mulayam and Mayawati share stage after decades, praise each other 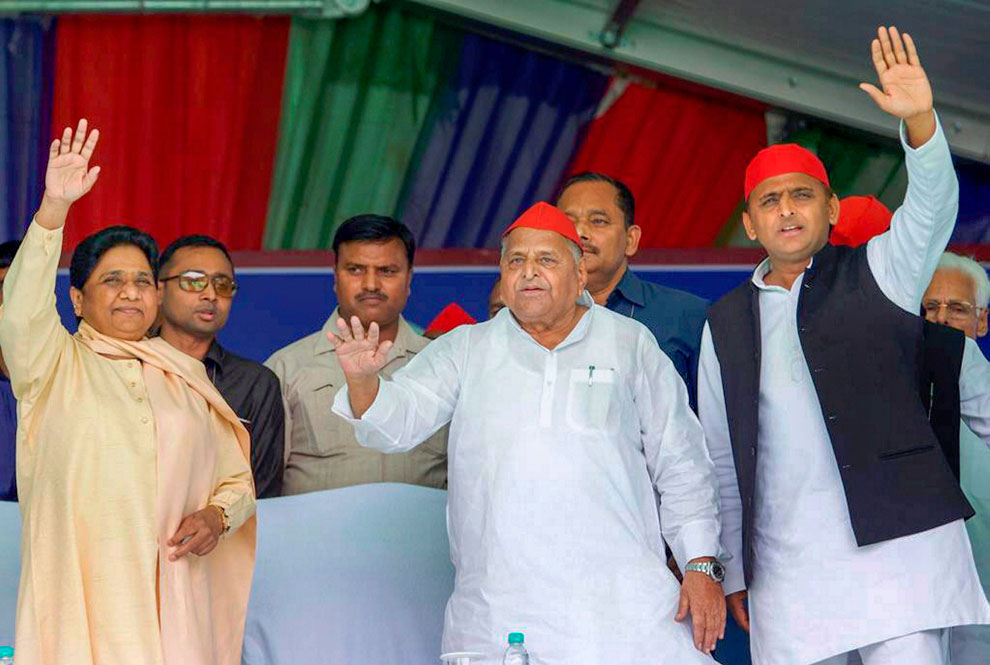 Ending decades-long rivalry, SP patriarch Mulayam Singh Yadav and Mayawati Friday shared dais at an election rally here with the BSP President describing the SP patron as a 'real leader' of the backwards, unlike Prime Minister Narendra Modi whom she dubbed as 'farzi'.

The BSP leader, who had snapped all ties with the SP after the infamous state guest house incident in 1995, arrived at the Christian College ground to a rousing reception by surging crowds, comprising mainly of Samajwadi Party supporters in the party citadel.

An SP MLA bowed before BSP president Mayawati and touched her feet, the SP patron, who was the first to speak, welcomed her and asked his supporters to always respect her.

'I and Mayawati are on the same dais after a long time, we welcome and thank her...', Mulayam said in his brief speech in which he also sought the help of the electorate for his election.

In her speech, Mayawati defended her move to join hands with the SP and said sometimes in the interest of the party and people some difficult decisions have to be taken.

'I know people must be wondering why I have come here to campaign for Mulayam Singhji despite the State Guest House case...sometimes in janhit and party movement some difficult decisions have to be taken,' she said.

'There is no doubt that Mulayam Singh has taken members of all sections of society along with him under the SP banner....he is the real leader, specially of backwards who still consider him as leader...he is not a 'naqli' or 'farzi' backward (leader) like Narendra Modi ...,' the BSP chief said.

The BSP president fumbled while ending the speech and raised the customary 'Jai Bhim' slogan of her party. However, she quickly added 'Jai Lohia'.

Mulayam Singh and Mayawati fell out after their ruling coalition in UP crashed in 1995, two years after they came together along with smaller parties to keep the BJP out of power.

In what is widely known as the 'guest house incident', Samajwadi Party workers attacked a state guest house where the BSP chief was camping with her supporters.