So far, 22 Congress legislators have submitted their resignations from the state Assembly 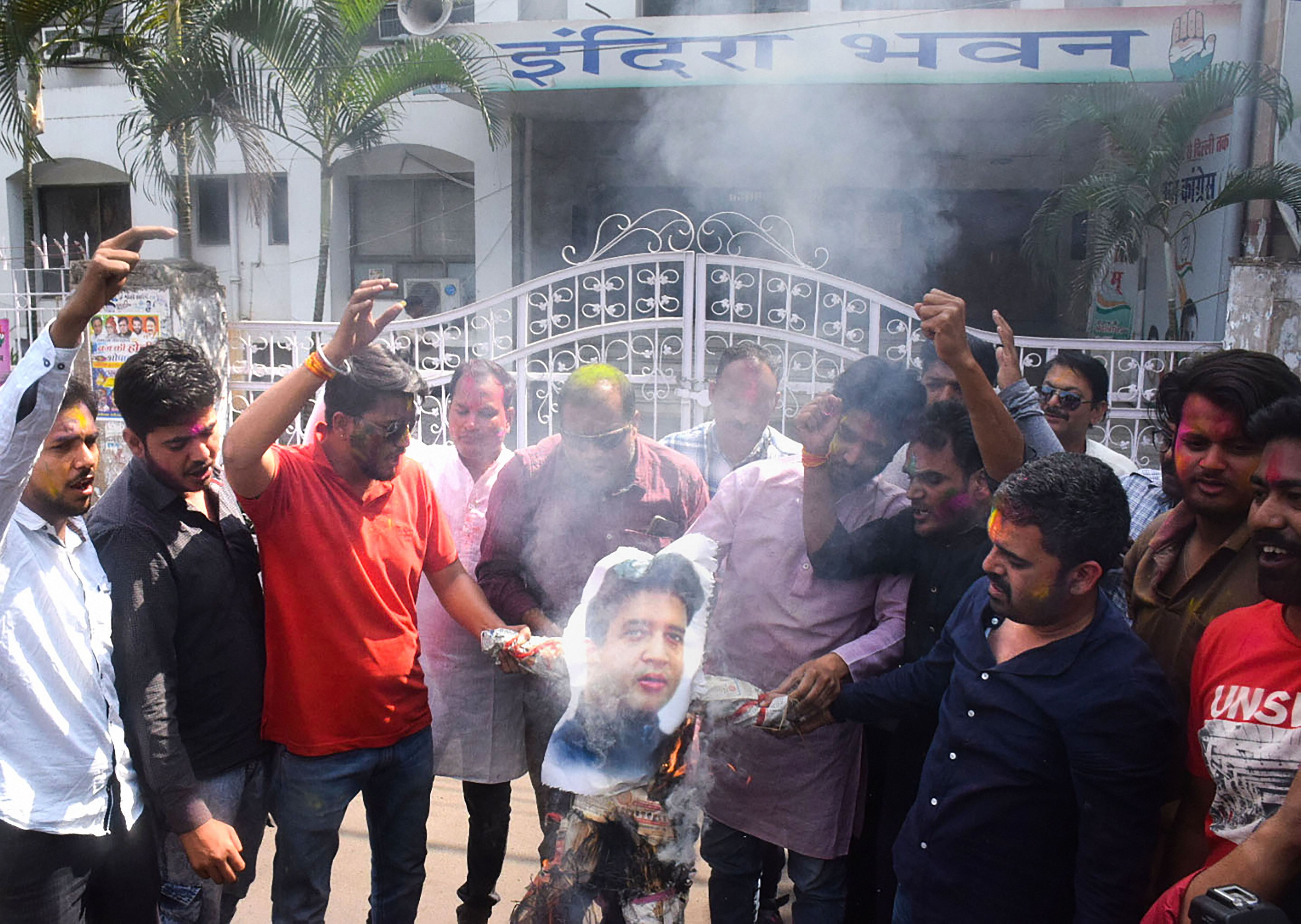 Senior BJP leader Bhupendra Singh reached Bhopal on Tuesday afternoon, carrying with him resignation letters of 19 Congress MLAs who are lodged at a resort in Bengaluru.

'We are going to furnish copies of these resignations to the Speaker,' Sarang told PTI.

A party delegation would visit Speaker at his residence in Char Imli area, he added.

So far, 22 Congress legislators have submitted their resignations from the state Assembly in the wake of senior leader Jyotiraditya Scindia's exit from the party.