'Modi sold a vision five years ago. The country showed patience and listened to him. Modi failed,' the Congress chief says 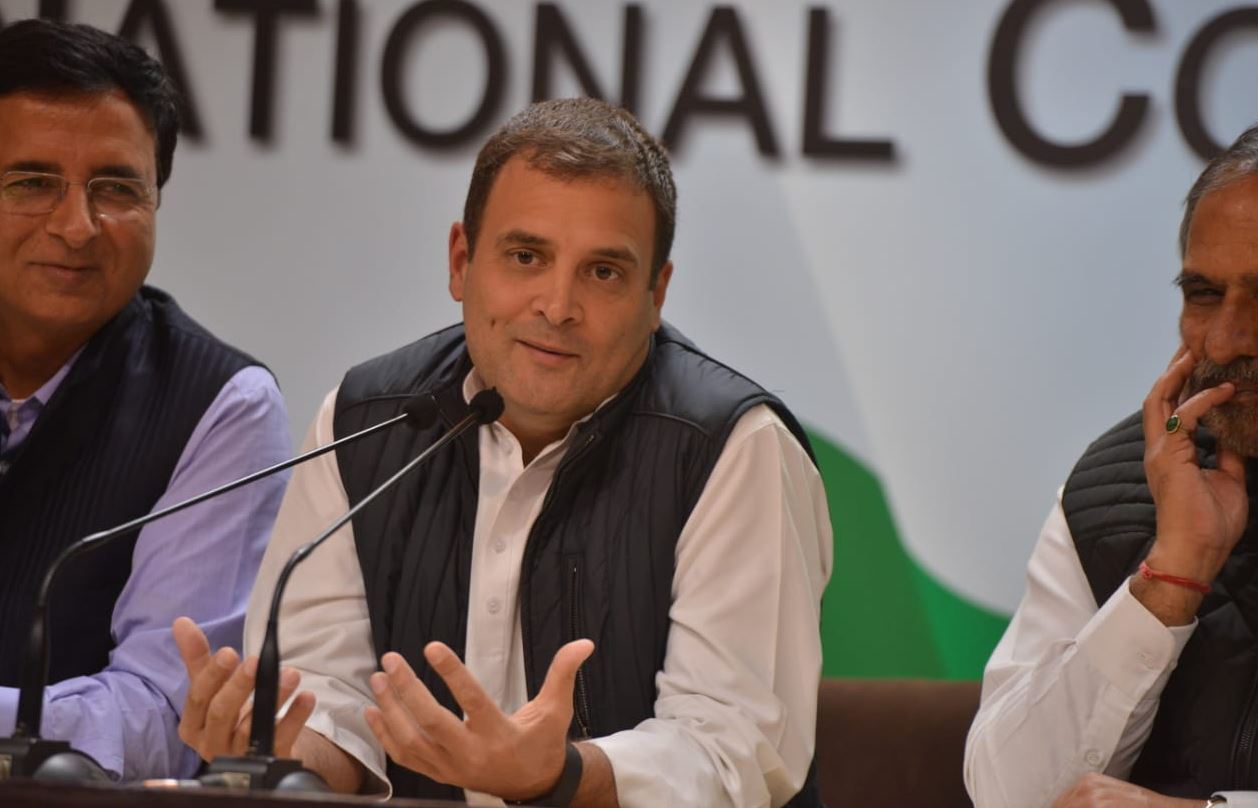 Congress president Rahul Gandhi on Tuesday said the Assembly election results reflected the people’s unhappiness at what Prime Minister Narendra Modi was doing and asserted the general election next summer was “going to be very difficult for him”.

The Congress president also said that the doubts the people harboured about the electronic voting machines could only be removed by returning to the ballot paper.

Rahul appeared to hint that the Congress had reached an understanding with friendly groups like the Samajwadi Party and the Bahujan Samaj Party to form the governments in Madhya Pradesh and Rajasthan.

Sources said the party leadership was in touch with the Independents and Congress rebels and would approach the governors in Bhopal and Jaipur soon.

Rahul did not on his own raise the matter of the voting machines. Asked about them, he said: “Though we have won, there are questions about EVMs. This is a generic question. It is universally a problem.”

He went on: “If the public is uncomfortable with EVMs, this concern has to be addressed. The central issue remains that the electronic chip can be manipulated to influence elections. This cannot be done with ballot papers.”

The Opposition parties appear likely to take up the issue of the voting machines with the Election Commission and the judiciary over the next few months to at least ensure better safeguards against tampering if not a return to ballot papers.

Over the past few days, the Congress had not only moved court in Madhya Pradesh and Chhattisgarh but also petitioned the Election Commission about alleged attempts to violate election norms and rig the voting machines.

Rahul said: “There is a clear feeling among the people that what was promised by Modi five years ago has not been delivered. There is a clear message — the country is not happy with what they are doing. With a resurgent Congress and a combined Opposition, it is going to be very difficult for the Prime Minister in 2019.”

To another question, he said: “Modi sold a vision five years ago. The country showed patience and listened to him. Modi failed. He failed to listen to what the youth is saying, what the farmer is saying.”

Asked about the use of foul language in the campaign, he said: “I didn’t say anything bad. The Prime Minister was elected to work. He has now been given a message to act for farmers, jobs, corruption and the damage to the economic structure.”

He continued: “Frankly, the PM is not able to respond, unable to take the pressure coming from the Opposition. He doesn’t talk about real issues. The message to him is, ‘Get to work’.”

Rahul admitted that he had learnt a lot from the rout in the 2014 general election.

“The most important thing is humility, to listen to the people. Modi taught me that lesson. He refused to listen. Arrogance is fatal to politicians,” he said.

Rahul hoped the Congress would win Madhya Pradesh and thanked the outgoing BJP chief ministers for what they had done for their states. He lauded the Congress workers who had stood up for their ideology in difficult circumstances, describing them as “babbar sher” (lions).

Repeatedly asked about his future strategy, Rahul asserted that the central issues were the agrarian distress, joblessness and corruption. He said the people had initially hoped that Modi would fight corruption but now understood that he was himself corrupt.

He expressed happiness at the results in Rajasthan, Madhya Pradesh and Chhattisgarh but conceded the party had expected better in Telangana.