Advertisement
Home / India / Rahul Gandhi to Narendra Modi: You will be caught

Had the Rafale investigation been done, the whole country would know Narendra Modi had been corrupt, Rahul Gandhi alleged 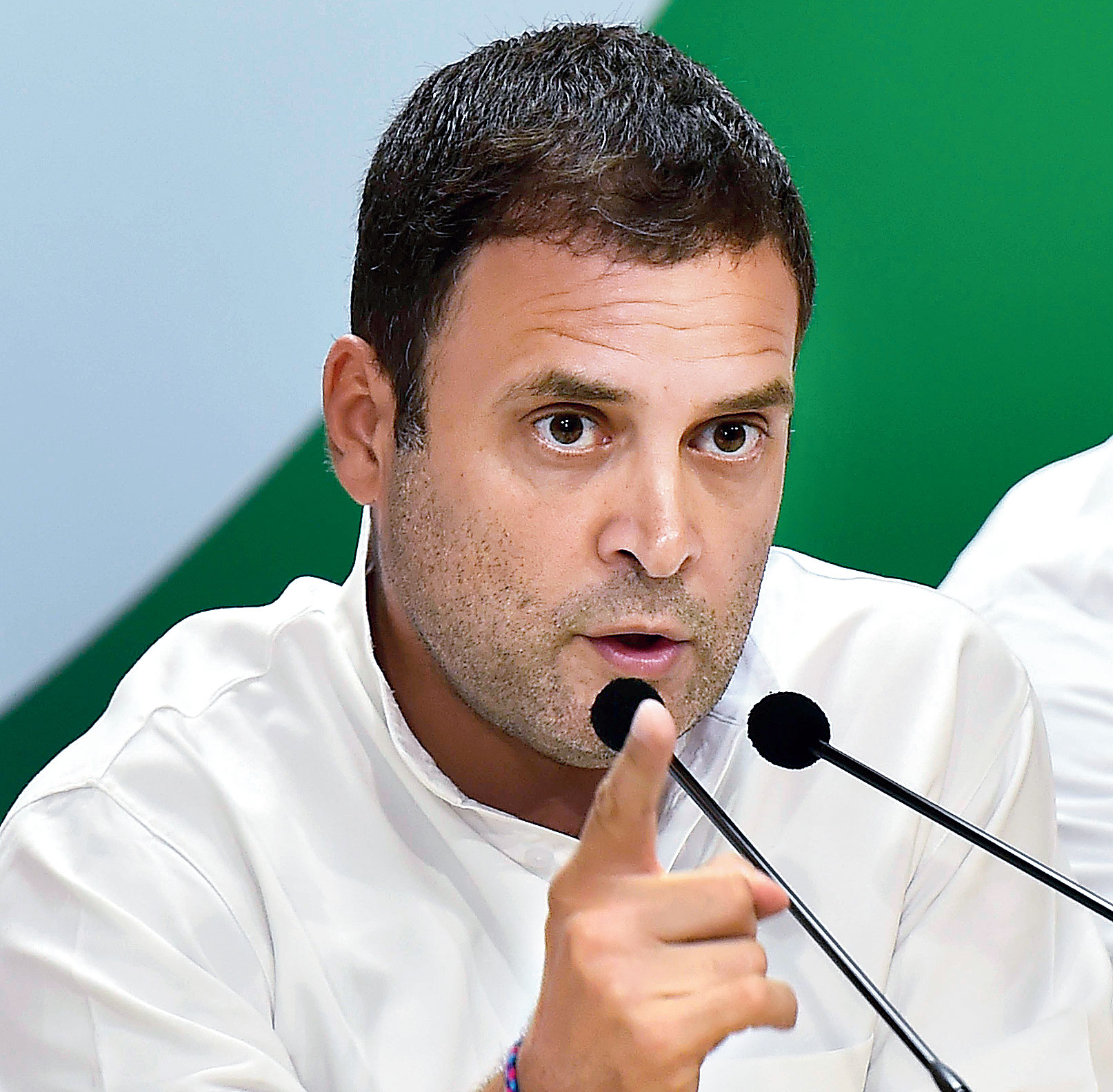 The Prime Minister panicked and removed the CBI director in the middle of the night because he knows he would be finished the moment an investigation into the Rafale deal starts, Rahul Gandhi said on Thursday.

But try as he might to escape, Narendra Modi will be caught, the Congress president declared.

The CBI director can be removed or appointed only by a three-member committee that includes the Prime Minister, the Chief Justice of India and the leader of the Opposition, Rahul stressed. But the Prime Minister unilaterally removed the CBI chief at 2 in the night.

Why at 2 in the night, Rahul asked, and not at 9, 10 or 11 in the morning. The main reason, he said, was that the CBI was about to begin an investigation into the role of the Prime Minister in the Rafale deal.

And if the investigation was done, the whole country would know that Modi had been corrupt, that he taken Rs 30,000 crore of public money and put it in the pocket of Anil Ambani, Rahul alleged.

(Dassault, which makes the Rafale, and Anil Ambani’s Reliance have said the Indian company is only one among 100 offset partners and it is misleading to suggest that the entire Rs 30,000-crore offset contracts would go to Anil Ambani’s company. Last month, Dassault chief Eric Trappier had said the joint venture with Reliance Defence in Nagpur should help meet about 10 per cent of the offset obligations.)

The CBI chief’s room was sealed and the evidence that he had was removed, Rahul said, alleging that this was the reason the decision was taken under the cover of night.

HAL was shut out and Rs 30,000 crore belonging to the Indian people was put in Anil Ambani’s pocket, Rahul said. One crime was committed and now to hide that, a second crime, a third and fourth will be committed, he added.

Modi would attack every Indian institution to save himself, the Congress president said. An officer who is facing corruption cases had been given charge of the CBI because the “Prime Minister would be able to control him” and thwart a probe into the Rafale deal, he added.

The Rafale deal was an open and shut case of corruption, Rahul said. Modi had gone to France and scrapped a deal for the purchase of 126 fighters and, without asking anyone or even a tender, sealed a new deal for 36 aircraft.

The defence minister and the defence ministry were kept out of the loop. The price of the aircraft, which had been fixed at Rs 526 crore, shot up to Rs 1,600 crore. The then French President had said it was the Indian government that had proposed Anil Ambani as offset partner for the deal.

It would be suicide for Modi to allow a CBI investigation, and to prevent that suicide, he committed murder, Rahul said, referring to the CBI chief’s removal. But the murder didn’t happen because now there is a fight to reinstate him.

Throughout all this, the Prime Minister has not said a word, Rahul underlined. He said Modi would run away if he was asked to face the media and answer three-four questions on Rafale.

Asked how he knew that the CBI was about to open an investigation into Rafale, Rahul said: “I know as the entire country knows. As the media knows…. What precipitated it was… the complaint by Arun Shourie and Yashwant Sinha.”

Rahul had said the same things at a public rally in Rajasthan’s Sikar earlier in the day amidst the recurring slogan: “Chowkidar chor hai.” He told an unusually responsive crowd: “I apologise to all the chowkidars… I don’t have anything against them But one person maligned the chowkidars.”

He returned from his two-day tour of Rajasthan to address the news conference.