It was not a pre-decided visit, hospital sources said 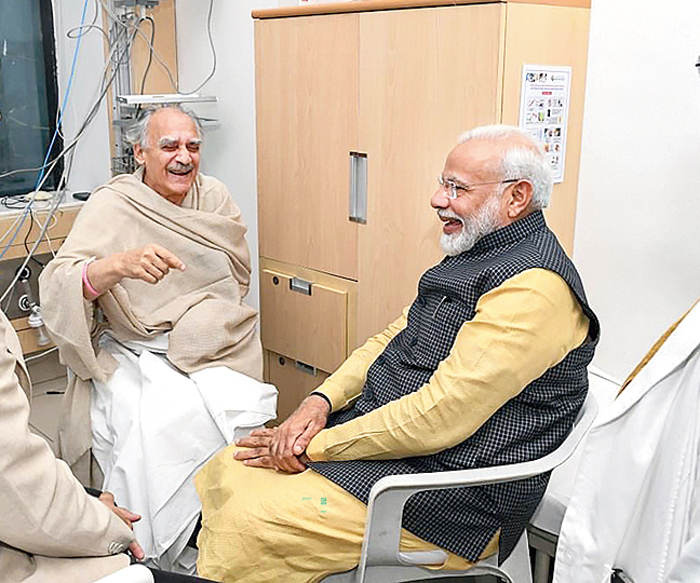 Modi tweeted: “In Pune, I met former Union Minister Arun Shourie Ji. Enquired about his health and had a wonderful interaction with him. We pray for his long and healthy life”.

“The PM spent 15 minutes with Shourie. He embraced Shourie during their interaction,” said a doctor at Ruby Hall Clinic, located in the Bund Garden area of the city.

The doctor added that the Prime Minister spoke with the family members of Shourie outside his room.

It was not a pre-decided visit, hospital sources said. Modi was in Pune to attend a conference of senior police officers.

Shourie, 78, has been undergoing treatment after he fell on December 1 while out on a walk near his bungalow in Lavasa, around 60km from Pune.

Shourie, a minister in the Atal Bihari Vajpayee government between 1999-2004, had later became a vocal critic of the economic policies of the Modi government. Shourie was also one of the petitioners seeking a probe into the Rafale aircraft deal.

In a statement issued on Sunday night, the clinic said Shourie would be discharged in the next few days.

“PM Modi, after taking updates from treating doctors, met his friend. Both greeted each other in very cheerful mood and discussed about his health and other issues. There were many light moments and remembrance between their 20-year-old friendship,” the statement added.