Kashmir has been on the edge since the Centre on Saturday began deploying 10,000 additional troops 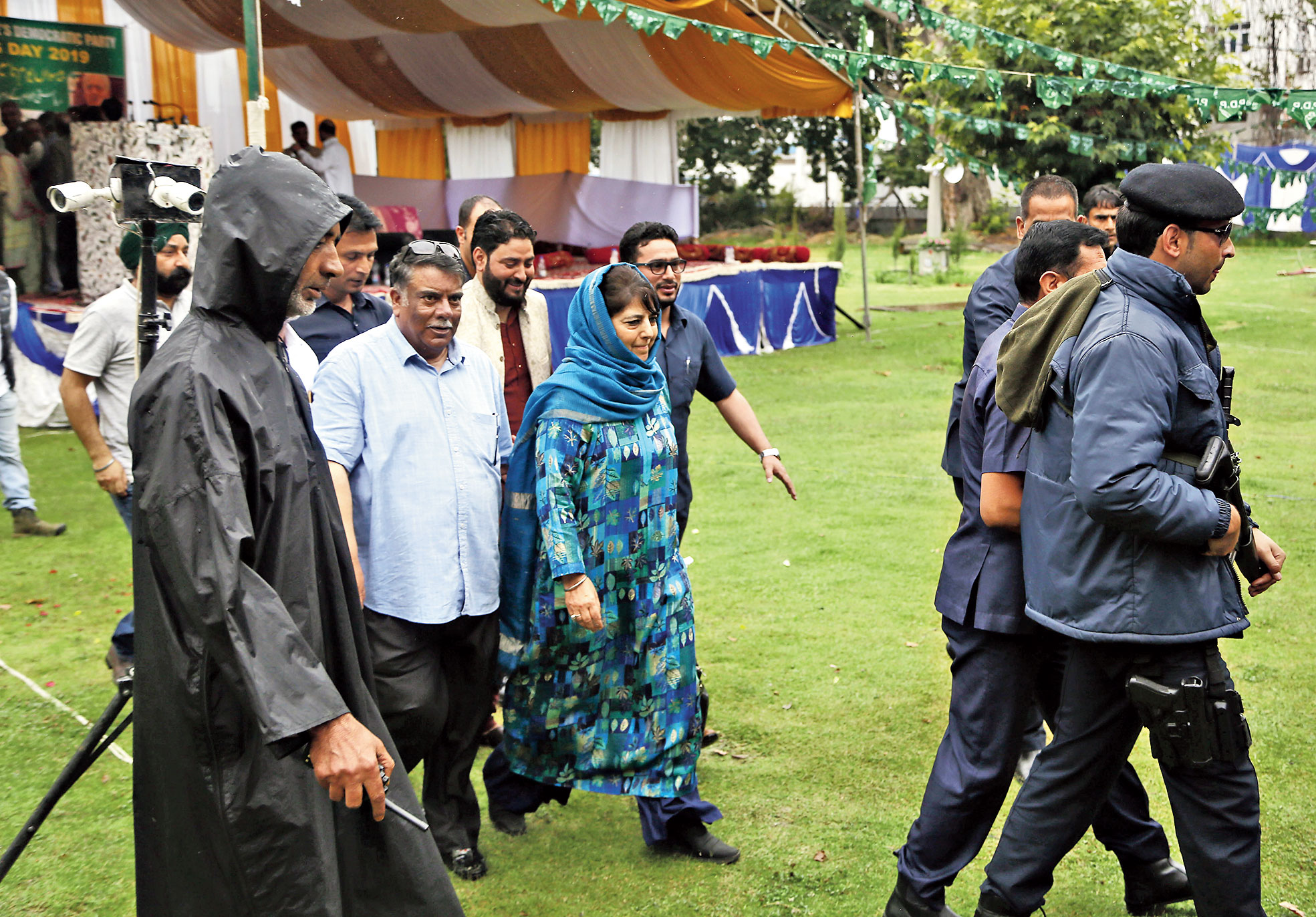 Former chief minister Mehbooba Mufti cautioned the Centre against “fiddling with” Article 35A, comparing it to “dynamite”, on a day a railway police advisory predicting an “emergency situation” in Jammu and Kashmir deepened fears about the state being stripped of its special status.

Kashmir has been on the edge since the Centre on Saturday began deploying 10,000 additional troops, triggering apprehensions of a move to scrap Article 35A, which gives the state’s residents exclusive rights to land and government jobs and which the BJP had threatened to revoke.

The suspicion deepened on Sunday when it emerged the local railway police had issued a bizarre advisory predicting a prolonged “deterioration” in law and order and asking staff to stock food and water and send relatives away to safety.

Hours later on Sunday, however, Prime Minister Narendra Modi strove to portray a picture of returning normality under central rule.

While official statements unsuccessfully tried to assuage the fears about Article 35A, Mehbooba warned that any such move would have disastrous consequences.

“Fiddling with 35A is like touching a dynamite. If any hand is raised to fiddle with 35A, not only that hand but the entire body will burn to ashes,” the People’s Democratic Party leader told a gathering on Sunday.

The order cites inputs from security agencies and the SSP to forecast a “deteriorating situation in Kashmir Valley and issue of law & order for a long period”. It asks staff to buy dry rations that will last four months, store drinking water for seven days, restrict leave because of the “emergency situation”.

“Nobody should keep their family or relative in Kashmir valley who may have come for Amarnath Yatra. They should be sent back to their native places for safety reasons by 28.07.2019. Administration will not hold any responsibility for (any) eventuality,” it reads.

There is speculation that Article 35A may be revoked after the Amarnath Yatra ends on August 15.

Later in the day, the SSP, railways, Kashmir, wrote to the acting senior divisional security commissioner (SDSC), who had passed the order, denying he had provided the alleged inputs.

Officials said the SDSC was on study leave and the acting SDSC had issued the order without authorisation and based on his own perception “which has no basis”. An official said the IG, Railway Protection Force, was being sent to Kashmir to take corrective measures.