The Narmada Bachao Andolan leaders, led by Patkar, will hold discussions with the Narmada Valley Development Authority on September 9 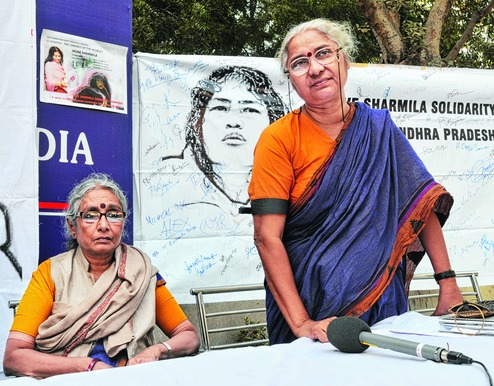 After the discussions, Behar offered Patkar lemon juice to end her hunger strike that the social activist was holding in support of Sardar Sarovar Dam affected persons at Chota Badda village in the Barwani district of Madhya Pradesh.

Six others also ended their fast, a senior official of the state's public relations department said.

On September 1, there were reports that Patkar's health had deteriorated.

Behar informed Patkar about Nath's concerns and about the efforts made by the state government for lowering the water level at the dam whose backwaters have inundated various parts of the state.

The Andolan leaders, led by Patkar, will now hold discussions with officials of the Narmada Valley Development Authority on September 9.

Patkar and her supporters were protesting at Chota Badda since August 25. The Andolan leader wanted the sluice gates of the dam to be opened in Gujarat as many villages, including some in Barwani in Madhya Pradesh, were being inundated because of the reservoir's backwaters.

Patkar for a long time has been seeking complete rehabilitation of those ousted by the reservoir project.