Women cadets expected to enter NDA in May 2022

In an affidavit filed before the SC, Shantanu Sharma, director, department of military affairs, stated a separate module is being worked out for women aspirants 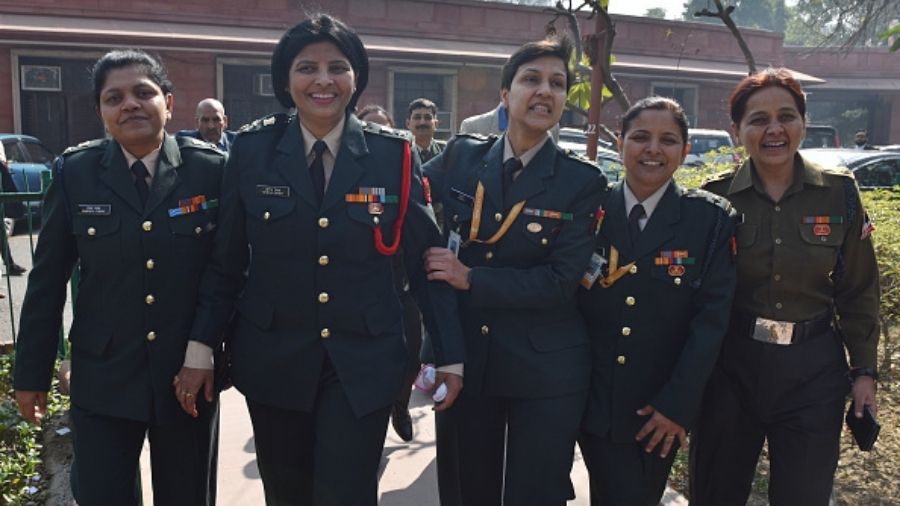 The Centre on Tuesday told the Supreme Court there would not be any compromise on the minimum physical fitness and other endurance standards for women cadets expected to enter the National Defence Academy (NDA) for the first time when the UPSC rolls out the notification in May 2022.

In an affidavit filed before the top court, Shantanu Sharma, director, department of military affairs, stated that while the educational standards would be the same for both male and female candidates, a separate module is being worked out for women aspirants to ensure minimum physical fitness so as not to compromise on the operational safety of the defence forces.

This would be the first time that women candidates would be entering the NDA, hitherto a male bastion. The Centre had agreed to induct women candidates following two separate PILs alleging discrimination by not allowing them to join the defence forces through the NDA.

“While the education curriculum is well set, all the rest of aspects of the training are required to be formulated separately for the women candidates like outdoor training involving drill, equitation, swimming, games, sports, etc, shall have to be formulated.

“Hence the issue needs detailed analysis, including expert inputs to maintain operational readiness. It is needless to add that any dilution of physical training and service subject like parameters of firing, endurance training, field craft and living off the land kind of aspects, for the defence services’ women cadets/officers, would invariably impact the battle worthiness of the Armed Forces adversely,” the affidavit stated.

According to the government, a study group has been constituted by the defence services comprising experts to expeditiously formulate the comprehensive curriculum for women cadets at the NDA.

“A board of officers has been convened to give a holistic and futuristic proposal for training of women cadets at the NDA incorporating all relevant aspects,” it added.

The Government of India in line with its commitment hereby, places on record its clear and categorical stand that the women candidates shall be considered for entry in the three defence services, in the existing streams through National Defence Academy.

“To open the entry of women candidates for entry in all the three Defence services in the existing streams through National Defence Academy and in furtherance, publication of notification in May 2022 for entrance examination permitting women candidates…” is being undertaken, the Centre said.

The entrance exams for entry into the NDA are held twice a year and the government proposes to have the necessary mechanism in place by May 22, the time by which the Union Public Service Commission is required to publish the first notification of the year 2022.

Cadets aged from 16-and-a-half to 19-and-a-half years, after passing Class XII, join the academy for training after a rigorous selection process. Only medically fit candidates meeting the selection criteria are allowed to join the academy. They are also required to meet laid down medical standards.

While medical standards for male cadets are in place, appropriate medical standards for women candidates are in the process of formulation. The Directorate General Armed Forces Medical Services and the body of experts from the three defence services will determine and formulate the medical standards taking into account various aspects like their young age, nature of training to be undergone, as also functional/operational requirements of the Indian Army, navy and air force, etc, the government said.

On September 8, the Centre had admitted that “nudged” by the Supreme Court it had agreed to induct women into the NDA for the posts of permanent commissioned officers from next year.

Appearing before a bench of Justices Sanjay Kishan Kaul and M.M. Sundresh, additional solicitor-general Aishwarya Bhati had admitted that the decision taken to induct women cadets in the NDA was propelled by the apex court’s nudge on the issue.

The apex court during the earlier round of hearing had questioned the logic of not allowing women officers the status of permanent commission and entry into the NDA, since it amounted to gender discrimination. However, it did not pass any order since it related to the country’s defence forces.

On March 10, the apex court had issued notice to the Centre on two separate petitions seeking equal opportunities for female candidates to enter the prestigious NDA for recruitment into the armed forces on par with men.

The top court had sought the response on the two separate pleas filed by petitioners Kush Kalra and Anita alleging that the present system of confining the eligibility criteria only to male candidates is unconstitutional and discriminatory under Articles 14 (equality) 15 (non-discrimination), 16 (equal opportunities in government jobs) and 19 (right to practice one’s profession or livelihood).

According to the petitioners, eligible and willing female candidates are being denied opportunity of entry to the NDA on the basis of their sex, thereby categorically denying them opportunity to train at the premier training institute of Indian armed forces.

Anita contended that due to the discrimination she could not join the NDA but had to pursue a post-graduate course in law.

It was submitted that under the present rule the Centre allows only unmarried male candidates having adequate qualification to take the NDA and Naval Academy examination. However, eligible and willing female candidates are not allowed to take the examination on the sole ground of their sex and without any reasonable or justifiable explanations.

After the judgment passed by the Supreme Court in the matter of secretary, ministry of defence vs Babita Puniya and others in 2013, “Permanent Commission” has been extended to the women officers of the army, who had put in a minimum of 14 years service.

However, there is no such Short Service Commission status for male officers in the defence forces.