The state electricity minister said he was sorry about disconnecting power lines, but had no other way 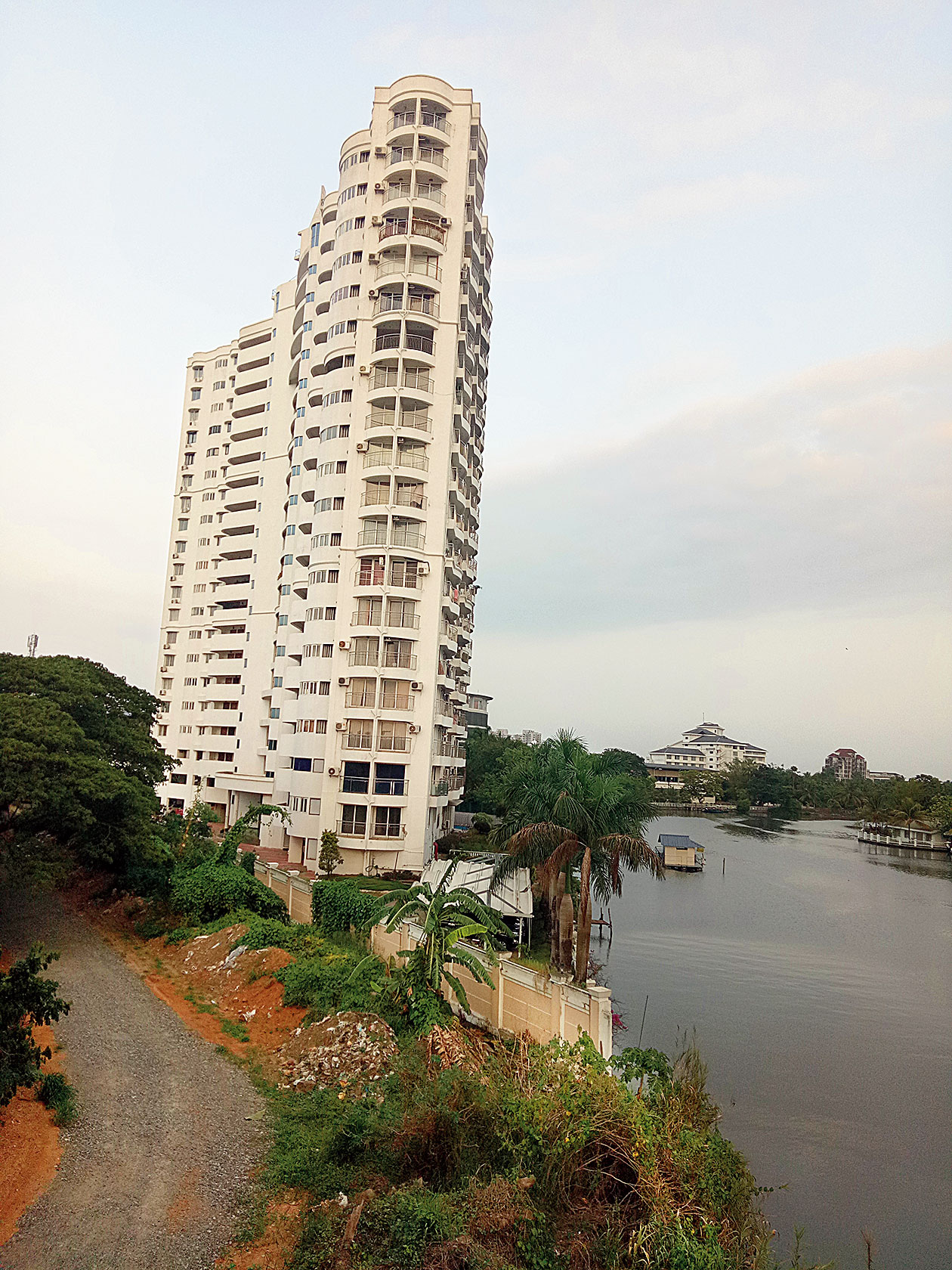 One of the apartment complexes awaiting demolition in Maradu, Kochi
Sourced by Correspondent
Our Special Correspondent   |   Bangalore   |   Published 26.09.19, 08:36 PM

The flow of water and power was disconnected on Thursday at five apartment complexes in Kochi, Kerala, that are awaiting demolition ordered by the Supreme Court.

The Kerala State Electricity Board sent its workers to disconnect the power lines at 4am, well before the occupants woke up. The water connections were shut a few hours later.

While the back-up power generators helped restore power in the buildings that accommodate around 350 families, the residents had to get water tankers to fill up their sumps.

The protesting flat-owners refused to leave the buildings and braced themselves for another face-off with the administration that planned to start evicting them on Sunday.

In what could bring some relief to the aggrieved flat-owners, the district administration on Thursday decided to rehabilitate all those who need alternative accommodation.

Police booked cases against the builders based on complaints filed by flat owners. The cases were filed under IPC 406 (criminal breach of trust) and 420 (cheating).

Over 50 bank accounts of the builders were frozen, pending investigations. The state government had on Wednesday said that the builders would be made to pay the flat owners.

But none of the builders were ready to utter a word. The builder of Holy Faith H20 told The Telegraph that lawyers have asked them to remain tight-lipped.

Thirteen companies have contacted the Maradu Municipality for the demolition work to begin on October 4. Sources said they had been asked to submit tenders to bring down the high-rises through controlled explosions with minimum damage to the water body near each of the buildings.

State electricity minister M.M. Mani said he was sorry about disconnecting power lines, but had no other way.

“Those who live there (in the flats) were not taken into consideration. Unfortunately, what else can the government do? I feel sorry for this. But there is no point in saying I feel hurt,” Mani told reporters.