Major fire at Bone and Joint Hospital in Srinagar, patients moved to other hospitals

No reports of any casualty so far 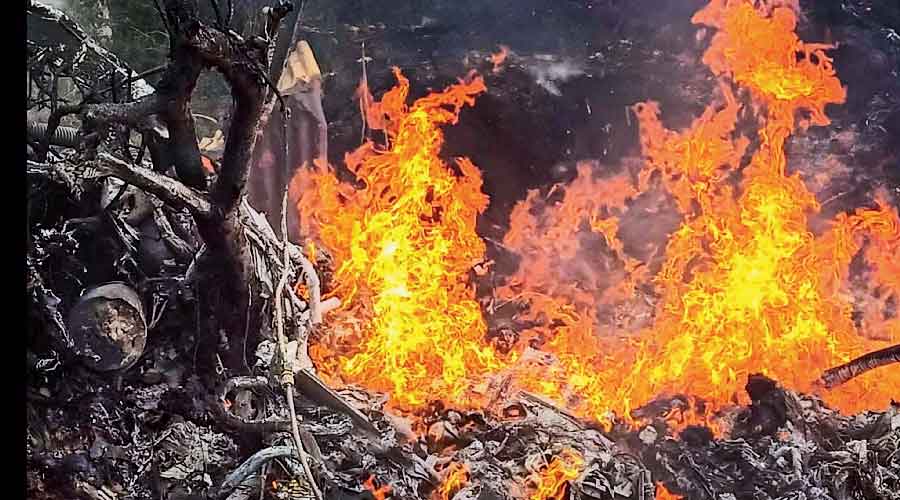 The fire broke out in the inpatient department of the hospital in Barzulla here, the officials said.
Representational picture
Our Bureau, PTI   |   Srinagar   |   Published 05.03.22, 08:50 AM

Bone and Joint Hospital, the only orthopaedic tertiary care centre in Jammu and Kashmir, was gutted in a fire on Friday night, officials said.

The fire broke out in the inpatient department of the hospital in Barzulla here, the officials said.

Hospital staffers, locals and disaster management officials evacuated the patients and shifted them to other hospitals in the city as the fire quickly engulfed the entire inpatient department building.

Fire tenders were summoned from different fire brigade stations in the city to bring the blaze under control.

The officials said there were no casualties reported so far in the fire.

Senior officials from various departments, including health and medical education, were on the spot assisting in shifting the patients to other hospitals in the city.

The cause of the blaze was not known yet, they added.

The orthopaedic hospital, established in 1980s, was one of its kind in Jammu and Kashmir.