Maharashtra: Cong to distribute 600 copies of Nehru's book to yatra participants on his birth anniversary 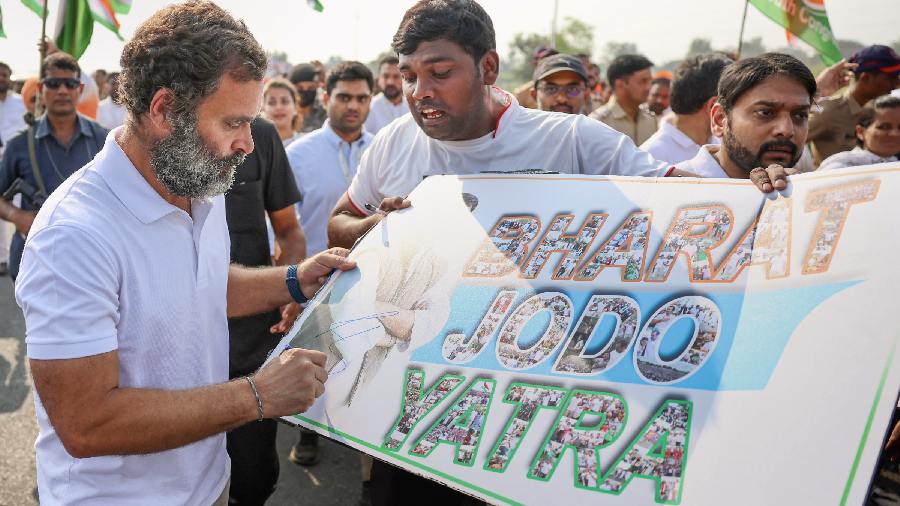 The Congress's Bharat Jodo Yatra led by Rahul Gandhi entered its 68th day as it resumed from Kalamnuri in Hingoli district of Maharashtra on Monday after a one-day break.

Senior Congress leader Jairam Ramesh said 600 copies of Jawaharlal Nehru's book 'Discovery of India' will be distributed to the yatra participants on Monday, on the occasion of the birth anniversary of India's first prime minister.

The Bharat Jodo Yatra took a one-day break in Maharashtra on Sunday. It proceeded from Kalamnuri in Hingoli to Washim on Monday.

"Today is 68th day of #BharatJodoYatra & also 133rd birth anniversary of Nehru. We are in Hingoli district & coincidentally a fine book on him in Marathi has just come out in addition to one in English & Hindi," Ramesh said in a tweet.

"(Mo)Distorians will continue to distort, defame and denigrate but Nehru continues to inspire & his relevance has only increased after 2014. 600 copies of Nehru's iconic, The Discovery of India, will be distributed to Yatris today. It was brought by a volunteer who drove all the way from Delhi for 23 hours straight at a very short notice," he added.

The Bharat Jodo Yatra, which started from Kanyakumari in Tamil Nadu on September 7, has so far covered 28 districts in six states.

The Congress's mass contact initiative will cover a distance of 382 km across five districts of Maharashtra before entering Madhya Pradesh on November 20.

It will pass through 12 states before culminating in Jammu and Kashmir after spanning a distance of 3,570 km over nearly 150 days.