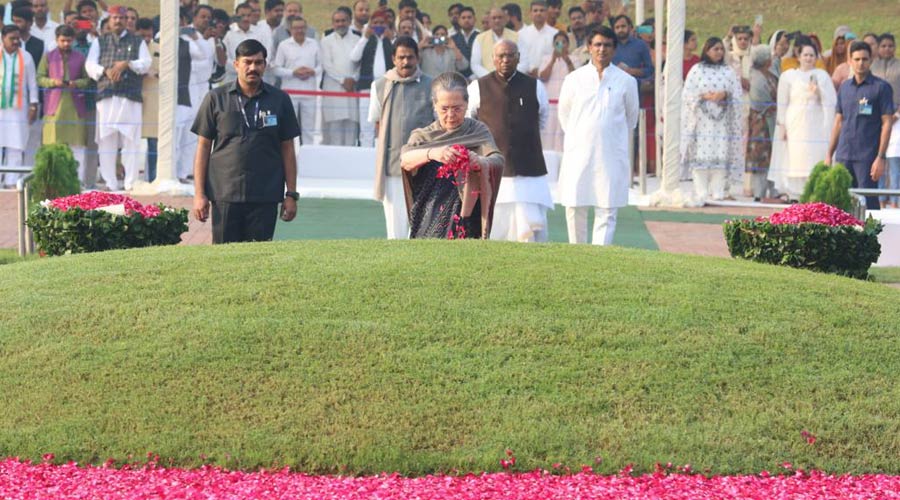 "A champion of democracy, his progressive thoughts furthered India's social, political and economic development, despite the challenges. My humble homage to a true patriot," he said.

Congress general secretary Jairam Ramesh noted that the Bharat Jodo Yatra is in Hingoli district and coincidentally a book on Nehru in Marathi has just come out in addition to the one in English and Hindi.

"(Mo)Distorians will continue to distort, defame and denigrate but Nehru continues to inspire and his relevance has only increased after 2014," Ramesh said on Twitter.

He said 600 copies of Nehru's iconic, The Discovery of India, will be distributed to Yatris Monday.

The copies were brought by a volunteer who drove all the way from Delhi for 23 hours straight at a very short notice, he said.

The Congress, from its official Twitter handle, said, "First PM of India, Pt. Nehru was a social democrat who coveted a welfare state."

"He was a humanist-secularist who sought national development on all fronts including agriculture & science. Today on his birth anniversary, we celebrate his endearing legacy," the party said.